One giant leap for Mudgee 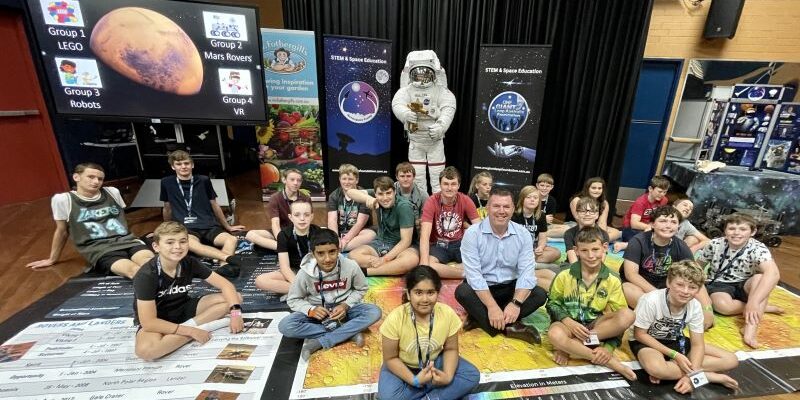 A program aimed at inspiring the next generation of space explorers is coming to the Mudgee region this year, thanks to a major investment by the NSW Nationals in the state government.

Nationals Member for Dubbo Dugald Saunders has announced $750,000 for the One Giant Leap Australia Foundation to host a series of four-day Aerospace Camps across regional NSW in 2023 and 2024, including one in Mudgee.

It builds on the Space for a Day program which was held in Mudgee this week.

“Space has captivated us for thousands of years, and we’re determined to make sure regional NSW plays a role in our aerospace future,” Mr Saunders said.

“Our region is already home to world-class space infrastructure, from Australia’s first Dark Sky Park – the Warrumbungles National Park – to the famous Parkes Radio Telescope, which played a role in the Apollo 11 mission to the Moon.

“The Aerospace Camp program is quite literally ‘out of this world’ and I hope it helps inspire the next generation of aerospace engineers, entrepreneurs and explorers!”

The program will include:

• Astronomy and the Australian night sky
• Australia’s contributions to space exploration
• The Artemis Missions
• Habitats on the Moon and Mars
• Rockets, Rovers, VR, Drones and Robotics
• So you want to be a rocket scientist?!
• STEM Careers Expo

“Thanks to the NSW Government for supporting us to bring our space program to the youth of the Mudgee region – we’re so grateful to be given this opportunity for the next two years,” said One Giant Leap Australia Foundation Managing Director Jackie Carpenter.

“It enables One Giant Leap Australia Foundation to inspire and support NSW youth in exploring their potential and fulfilling their dreams.”