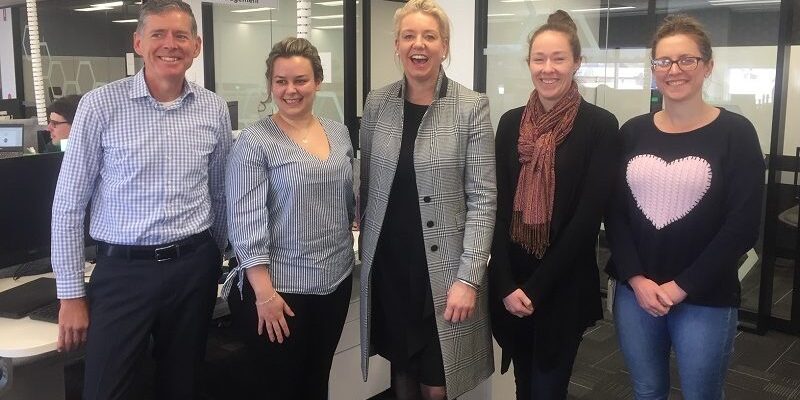 Federal Nationals Agriculture Minister and Deputy Leader Bridget McKenzie joined Member for New England Barnaby Joyce to open the APVMA’s new home, and said that the move from Canberra was a game-changer for Armidale and the Northern Tablelands.

“The Armidale community has embraced this opportunity because it means jobs, investment and career pathways for young people,” Senator McKenzie said.

Almost 130 staff now work from the new offices, with more than half of the Authority’s 96 regulatory scientists calling Armidale home.

The APVMA is a world leader in agvet chemical regulation, using the best science to ensure safe and effective agricultural and veterinary products are available to control pests and diseases and support Australia’s agricultural productivity and animal health.

“Some of our country’s finest regulatory scientists are here,” Senator McKenzie said. “Decentralisation is about diversification. It’s about increasing the availability of skilled employees, and increasing the diversity and resilience of the Armidale region’s economy.”

“Since this Government came to power in 2013 around 1700 jobs have been moved from Canberra, Sydney and Melbourne. The Nationals’ decentralisation agenda is the driving force that has led the charge to move public service jobs to regional Australia, improve access to Government services and boost local economies.”

“Armidale is a fantastic exemplar for decentralisation,” Senator McKenzie said. “Australians in the regions should have the same access city people have to Government careers. This opening today is a tribute to Mr Joyce’s single-mindedness and his incredible determination to see through an idea from start to finish despite the one or two objections along the way.”

The Nationals in Government will continue to deliver on our plan to bring agencies closer to the communities they serve.