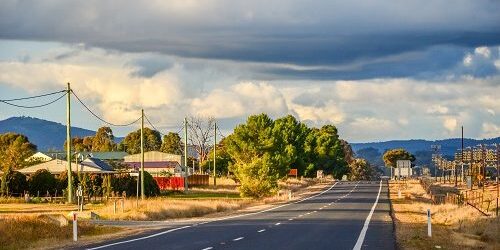 NSW motorists are more likely to crash on country roads, which is the sobering message of this month’s Rural Road Safety Month with drivers urged to rethink their driving habits.

“Of the 223 people killed in road crashes in NSW so far this year, 147 were on country roads – which is five more than the same time last year,” Mr McCormack said. “The Nationals in Government take road safety seriously. Just last week I announced a new Joint Committee on Road Safety aimed at driving down road trauma because one death and one crash on our roads is one too many.”

“We know one in three Australian drivers are more likely to undertake risky behaviour on rural roads because they believe they’re either less likely to get caught or perceive there to be fewer dangers.”

NSW Regional Transport Minister and NSW Nationals Deputy Leader Paul Toole said country roads accounted for more than two-thirds of all fatalities and more than one-third of all serious injuries on NSW roads.

“Every life lost on our roads is a tragedy, especially for the victim’s family and friends, but it also has a ripple effect on the local community,” Mr Toole said. “In small country communities, it’s not uncommon for first responders who arrive at a crash and the medical teams who try to save the lives of the drivers and passengers to know the victims. Too often, people think it’s okay for them to quickly check a text, to drive faster than the speed limit because they know the road or they get behind the wheel when they’re tired. It’s not.”

“The message is clear: don’t drive tired. Don’t text while driving. Definitely don’t drive while under the influence. And please wear your seatbelt no matter what.”