Silver City Highway gets seal of approval after deluge 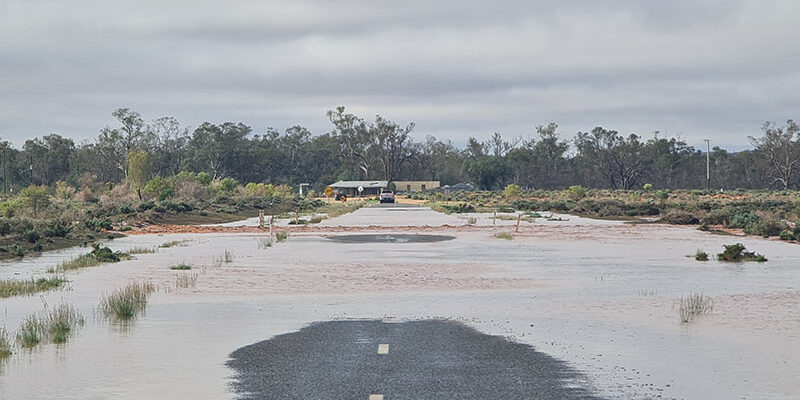 The freshly sealed Silver City Highway was put to the test during recent storms, but it reopened and was back in action five times faster than a similar deluge back in 2016.

Acting Deputy Premier and NSW Nationals Minister for Regional Transport and Roads Paul Toole said the area received up to 75mm of rainfall during the downpour which saw creeks flowing with more than 700mm of runoff across some sections of highway.

“The road performed remarkably well, in fact it passed its first significant test with flying colours since we marked the completion of the sealing from Broken Hill to Tibooburra in July,” Mr Toole said.

“The rebuild and sealing of the highway meant it reopened in less than two days once floodwaters dissipated, with the road intact, whereas in the deluge of 2016 when the road was still a dirt track, the highway was closed for 10 days leaving the remote surrounding communities cut off from their network of services.”

Mr Toole said the game-changing $145 million project to totally seal both the Silver City and Cobb highways was powering ahead.

“We are on the home stretch, with less than 100 kilometres to go to seal the remainder of both highways,” Mr Toole said.

“Once complete, these highways will be all-weather for the first time in the State’s history, providing safe, reliable access to regional services for remote communities – changing the lives for the people that live there, tourists and the freight industry.”