Marshall works hard for his electorate 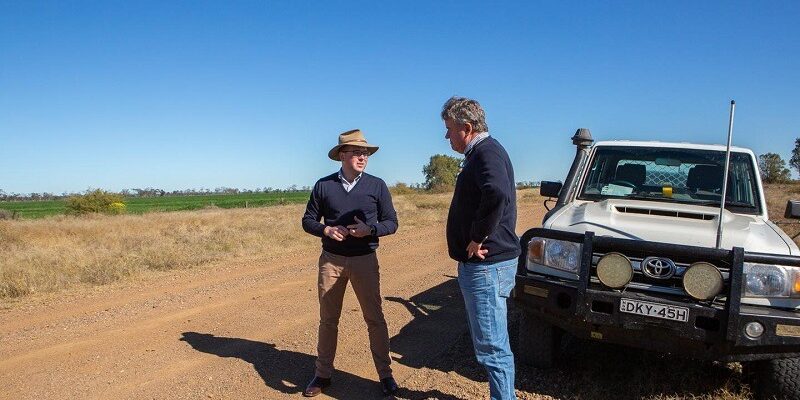 By the middle of next month Warialda Showground will have a brand new set of steel horse stables, thanks to a $226,489 COVID-19 Showground Stimulus grant.

“The demolition of the old ironbark stables only took a few days and showed just how small and unsafe the old structures were,” Mr Marshall said.

“Local builder Barry Jackson and his team have really hooked in on this project with around 75 of the nearly 100 individual 3m by 3m stalls now complete.

“What’s immediately noticeable is how much room each horse will have in the new building. Every stall has its own large gate and is protected with a corrugated iron roof.

“This new structure is definitely up to the job with some of the finished stables put to use at a recent one-day campdraft event, where they scored highly for space, security and accessibility.”

Mr Marshall said the showground stimulus program was doing a top job generating economic activity in a number of economies impacted by COVID-19 while supporting the long-term sustainability of showgrounds right across the region.

“I had the pleasure this week of inspecting the recently completed $198,582 upgrade to Uralla’s tennis courts,” Mr Marshall said.

“Now you could be excused for thinking you were about to play the U.S. Open – the blue courts with green border are synonymous with the American grand-slam, and now Uralla has four of its own ready for local players and aspiring professionals.

“Prior to the upgrade the old courts, in particular the two far back ones, were compared to a ‘goat track’ and posed a serious injury risk to players. That problem is no longer with the new courts ideal for coaching junior players and seasoned hitters looking to slog it out.”

“I was pleased to announce this week that the Bank Art Museum Moree (BAMM) has received a $240,000 grant which will ensure the delivery of the gallery’s annual artistic programs for the next four years,” Mr Marshall said.

Alongside the artesian baths, BAMM has become one of the more popular visitor experiences in the Moree Plains Shire. The gallery was not spared the financial hardship of COVID-19, closing its doors for a nine-week period during the height of restrictions.

“This four-year funding goes some way to providing a financial buffer and certainty for the gallery, allowing management to continue maintaining the priceless collection and taking art classes to the community,” Mr Marshall said.

“BAMM has a huge role to play in rebuilding the local visitor economy. As we saw this year, 2700 patrons visited the gallery while the Archibald Prize 2019 Regional tour was on show, many of them travelling from outside the region to stay in Moree.

“I look forward to seeing the exciting program BAMM puts together using these funds and the positive impact that has drawing new visitors to the region.”