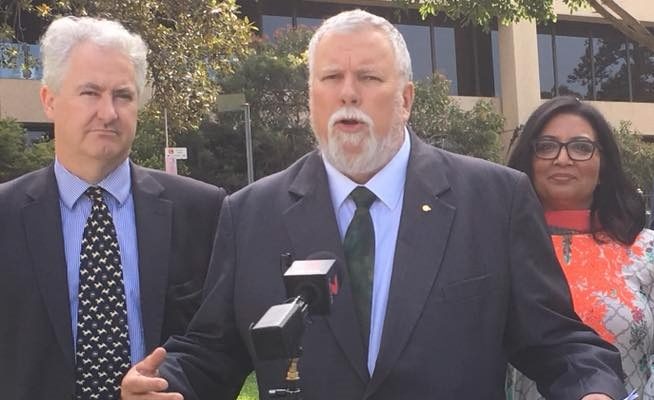 The Shooters and Fishers’ secret preference deals with Labor have already backfired, as the protest party makes a populist stand on marine parks.

In response to a NSW Liberal proposal to create marine parks around Sydney, the Shooters said they would target inner-city MPs in an attempt to seize more power. Sadly, the Shooters are all talk and no action on preserving recreational fishing, because backroom preference deals with Labor mean the Shooters and Fishers will actually pave the way for a massive marine park from Port Hacking to Pittwater. While the Shooters publicly say they’re opposed to fishing bans, they will support them if it means more seats in Parliament.

The NSW Nationals have been working alongside the fishing industry to find a sensible approach that would protect breeding grounds while still allowing recreational fishing. We do not support any policy that would make sweeping changes to our way of life simply for ideological purposes.

This latest misstep from the Shooters reveals the dangers of allowing minor protest parties any greater hold in our democracy. We saw serious destabilisation at a federal level last week because of the threat of One Nation in Queensland, and now we’ve got a risk to our communities here in NSW with the Shooters, who will say one thing in public and do another behind closed doors.

The Nationals are from the regions, for the regions, and have been for 99 years. We will not stop fighting for our people and protecting them from grubby protest groups that desire only one thing: Power.