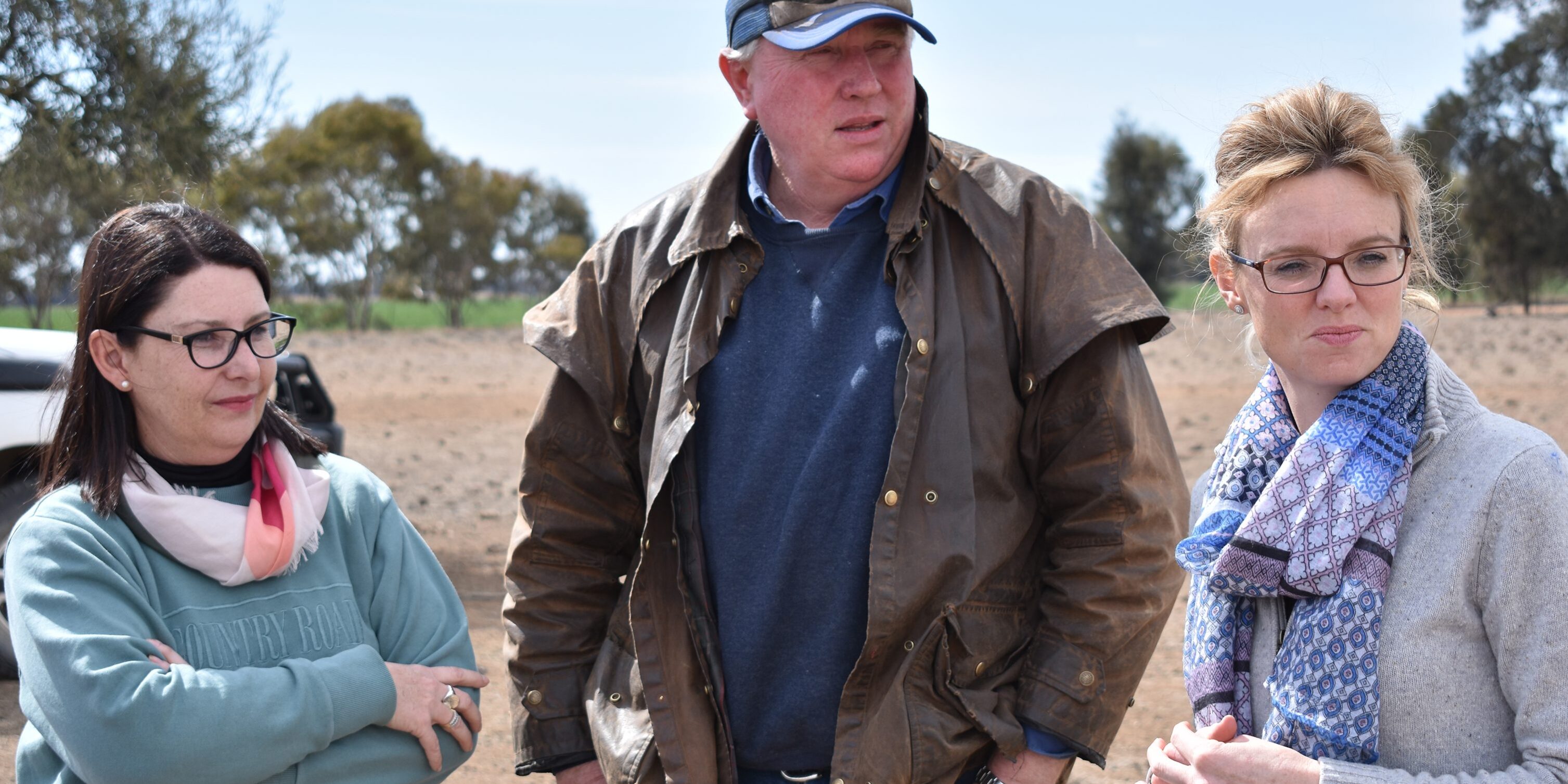 Ms Cooke and Ms Job hosted the forum in West Wyalong where a range of agriculture industry figures shared their thoughts and experiences.

“It was wonderful to have Pip out in the electorate,” Ms Cooke said. “I welcomed her with open arms to West Wyalong and we heard from a wide range of industry figures, from mixed farmers, croppers and stock and station agents, through to the Bland Shire Council, the Country Women’s Association and mental health workers. All of these shared some really compelling insights which we found invaluable.”

Ms Cooke has travelled widely across the Cootamundra electorate, making many visits to farmers who shared their experiences, but the forum allowed for an open debate on what was happening on the land.

“The biggest message was that we are hanging in there, just, but we absolutely need a lot more rain – farmers are optimistic but nervous,” Ms Cooke said. “We don’t know what conditions are going to be like in the weeks and months ahead and farmers are looking for reassurance that the Nationals in Government will be there for them should the need arise. That’s something I’ll take back to Ministry for Primary Industries Niall Blair, as will Pip, to make sure the support is there.”

“I heard that there are still opportunities to make profit in this region, although people are worried about what is ahead of them, and quite rightly so – they are stressed,” Ms Job said. “A whole range of options was put on the table at the forum, ranging from schemes which can enable their businesses at this point but also incentives to encourage preparedness. They emphasised the benefits of encouraging best practice, we heard from people who are making some really good decisions because of being prepared, whether it’s financially or by storing fodder long term.”

These suggestions were echoed by Barmedman farmer John Minogue, who with his wife Lisa hosted Ms Cooke on their farm to show what steps they had taken to prepare for drought.

“I think the problem is there seems to be a lot of drought amnesia after the last one,” Mr Minogue said. “When you’re in the middle of a drought there are a lot of people out there giving assistance. We need to create incentives for people who haven’t prepared to prepare and that needs to be done in between the droughts.”

Lisa Minogue gave a stark description of where their farm should be at this time of year.

“We should have crops up to the knee or past the knee, we should have livestock feeding on crops, we shouldn’t be hand-feeding,” she said, adding that she was encouraged by what she heard at the drought forum about taking the initiative. “This morning was fantastic in that everybody was really positive and aiming at proactive responses rather than being reactive and catching up.”