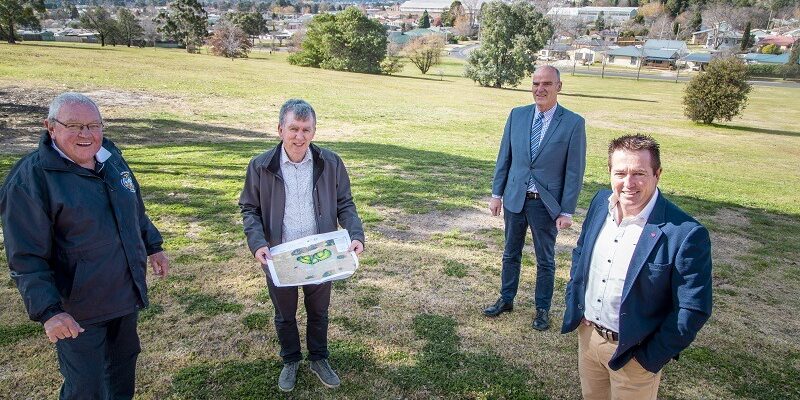 Bathurst Nationals MP Paul Toole has announced funding of $522,353 for the development of a ‘pump track’ in Lithgow.

“This project will further enhance the facilities at Endeavour Park where the pump track will be located,” Mr Toole said.

“Last year the $1 million Lithgow Adventure Playground was officially opened at Endeavour Park thanks to the SCCF and I am sure this latest development will also be welcomed by the wider community.”

Mr Toole said a pump track was a venue for bike enthusiasts, giving young people a place to learn and work on their biking skills as well as a place they can socialise with their friends.

“The pump track will not only serve as a place for sporting cyclists, but also a place for learners to practice their road craft before hitting the streets,” he said.

“The design of the Lithgow track has been drawn up in consultation with young people as well as other sites to ensure we get the best features in this exciting development.

“Pump tracks can be ridden by cyclists of all ages and skill levels, so you don’t need a special kind of bicycle to take part in activities on them. This initiative comes in response to calls for diverse facilities for all youth, beyond skateboards and scooters.”