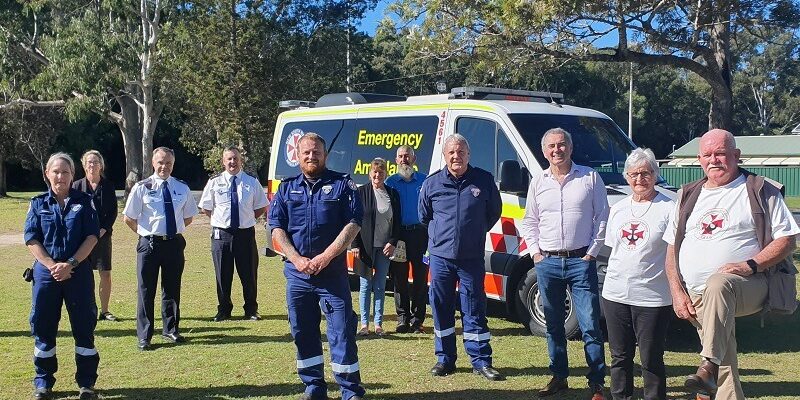 Iluka’s wait for its first ever Ambulance Station is almost over with the Government and the local community agreeing to build it on a site adjacent to the Iluka Bowls Club in Spenser Street, Clarence Nationals MP Chris Gulaptis announced.

“When Iluka Ambulance Action Group founders John and Ann McLean first approached me with this project, I asked the bureaucrats, but they said ‘no’, so I asked NSW Nationals Leader John Barilaro and he said ‘why not?’,” Mr Gulaptis said.

“Since then, a fantastic partnership has developed between locals, particularly the Iluka Bowls Club, the Iluka Ambulance Action Group, Clarence Valley Council and me representing the NSW Nationals in Government to deliver this project.

“The executive of the Bowls Club advised its members that it was in the interest of the community that it sold some of its land for this great cause, and members voted unanimously for that proposition over the weekend.

“So now we have a site to build on, which is a huge step forward. This is the perfect spot logistically.”

Mr Gulaptis said the community could also be proud that the station will be one of just three across NSW participating in a solar trial across the state.

“The station will feature a solar energy system to improve energy efficiency by generating electricity from an environmental-friendly power source,” Mr Gulaptis said.

Once completed, the new station will include:

Next steps include further due diligence, completion of site acquisition, preliminary design and seeking planning approval for the new station.