New police recruits on the beat across regional NSW 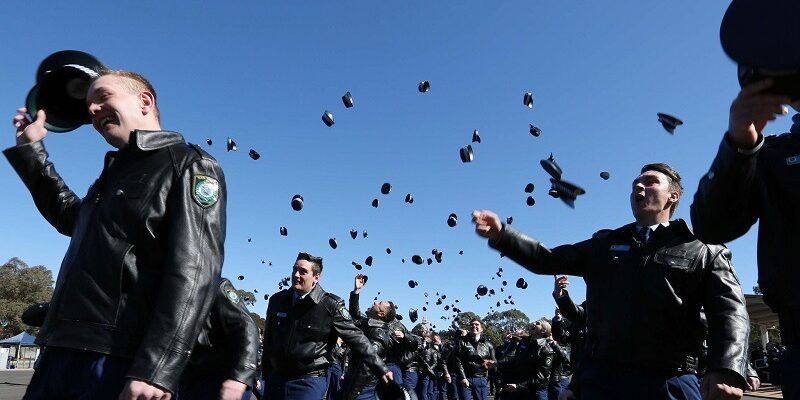 The safety and security of regional communities and our police force continues to be the NSW Nationals in Government’s highest priority with new police officers on the beat following a private attestation ceremony in Goulburn.

“The community is in safer hands with these officers joining the ranks,” NSW Nationals Member for Tweed Geoff Provest said.

“I am proud to welcome these new officers and wish them every success in their policing careers. Being sworn in as a police officer is a great honour and I commend these new recruits for making the brave decision to put the community’s safety ahead of their own.”

“It’s great to know they will be very supported by their fellow officers as well as a growing group of young officers who have arrived over the past 18 months,” Mr Marshall said.

“We’re stepping up the numbers of police in this region and importantly, the visibility of police, to help prevent crime, not just apprehend those who perpetrate it.

“Policing can be an extremely challenging profession but with the training they’ve received from the academy and from what they’ll learn in their local commands they’ll be adequately prepared to step into this important role.”

Significantly, 19 recruits were born overseas in countries including Wales, New Zealand, Lebanon and Nepal, reflecting the diverse communities they will serve. Four recruits are Indigenous with one coming through the Indigenous Police Recruitment Our Way Delivery (IPROWD) program.

“The NSW Nationals in Government are investing $583 million in 1500 extra officers over the next four years, the biggest increase in three decades,” Mr Provest said.

If you happen to see new police officers in your community, please stop, say g’day and welcome them to the region.