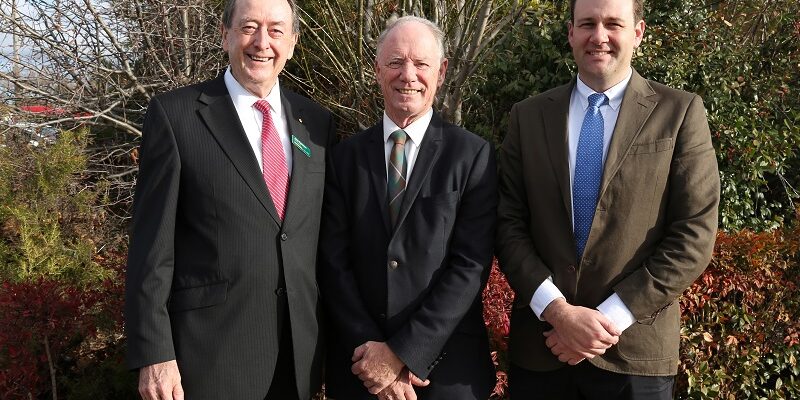 A long-serving Member for Coffs Harbour until he retired at the March State Election, Mr Fraser has a long history with the NSW Nationals.

The Party’s new executive was elected at a Central Council meeting in Inverell ahead of the Party’s Annual General Conference, with the new roles commencing on Sunday.

“It’s great to see the Party is in safe hands with Andrew Fraser, whom I’ve known for many years,” Mr Burke said. “I look forward to seeing what the next chapter brings for the NSW Nationals. And I want to thank everyone for their efforts and support over the past five years.”

Incoming chairman Andrew Fraser said he was honoured to take on the position.

“This great Party is the only one that truly represents rural and regional NSW and Australia, and I’m pleased to be taking on this important position,” Mr Fraser said. “After great State and Federal election victories and with new and enthusiastic people joining our Party, there’s definitely a bright future ahead for the NSW Nationals.”

Bede Burke will officially end his term as Chairman at the conclusion of the Annual General Conference.