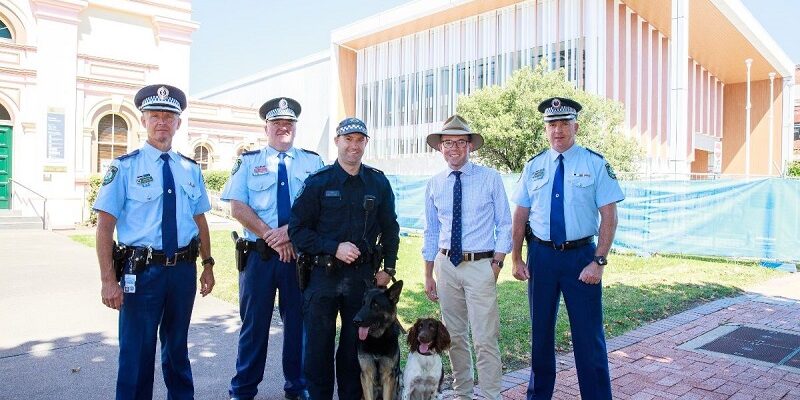 Until recently the New England Police District and the Northern Tablelands had never had their own dedicated dog unit to assist local police keep the community safe.

“Our Police have always had to ‘borrow’ police dogs and handlers from as far away as Coffs Harbour or Sydney, which requires many weeks of notice and planning,” Mr Marshall said.

“Having this new resource that’s ours and based here in the middle of our region is a huge win for our men and women in blue whose ability to track down, arrest and charge would-be criminals is now greatly enhanced.

“Unlike the Oxley Police District, based around Tamworth, the Northern Tablelands have secured two police dogs – a general-purpose dog (Atlas) and a cadaver/drug detection dog (Wags) – which will give police greater ability than ever before to track down offenders.

“NSW Police Dogs are amongst the best trained in the world and provide assistance in a variety of circumstances including searches and drug, firearms and detaining suspects.

“I want to personally welcome Police Dog Atlas and Police Dog Wags and their handler Chris to the New England Police District and look forward to seeing the benefits these important assets will deliver to our community.”