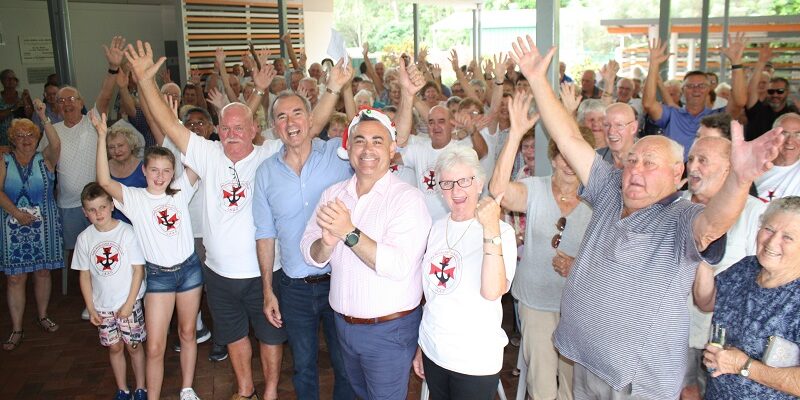 A well-known family small business in Ballina has won the contract to build Iluka’s first-ever ambulance station, with construction to start in July, NSW Nationals Member for Clarence Chris Gulaptis has announced.

“It was a big deal getting the NSW Nationals in the state government to commit to building the station and it is the icing on the cake to have iconic Northern Rivers family company Bennett Constructions deliver the historic project,” Mr Gulaptis said.

Bennett Constructions was established in Lismore in 1938 and have constructed a large number of iconic buildings during their time including Lismore City Hall, Lismore Art Gallery and more recently Ballina Indoor Sports Centre, Ballina High School and Oakes Oval Lismore.

Over time, its award-winning team have amassed vast industry knowledge and skill to emerge as the Northern Rivers’ leading choice in commercial builders and a local employer of choice which endeavours to use Northern Rivers subcontractors and suppliers.

“Design finalisation starts today and construction starts in July finishing up just before Christmas. Over that time we will have anywhere between 10 and 30 people on-site at any one time providing plenty of opportunity for our team, local subcontractors, new apprentices to deliver a well-needed facility for the Iluka community,” Mr Cohen said.

“With the Iluka Bowling club next door and a beer after work each day, I’m expecting it to be an energetic and cohesive team effort.”

Mr Gulaptis said it wasn’t just the construction that was locally sourced. The design was only finalised after input from local paramedics, and the site, formerly owned by the Iluka Bowling Club, was largely chosen by the local community.

“It is going to be a success because it is a team effort bringing together the NSW Nationals in the state government, Clarence Valley Council, the Bowling Club, the Iluka Ambulance Action Group and just about everyone else in the town,” Mr Gulaptis said.