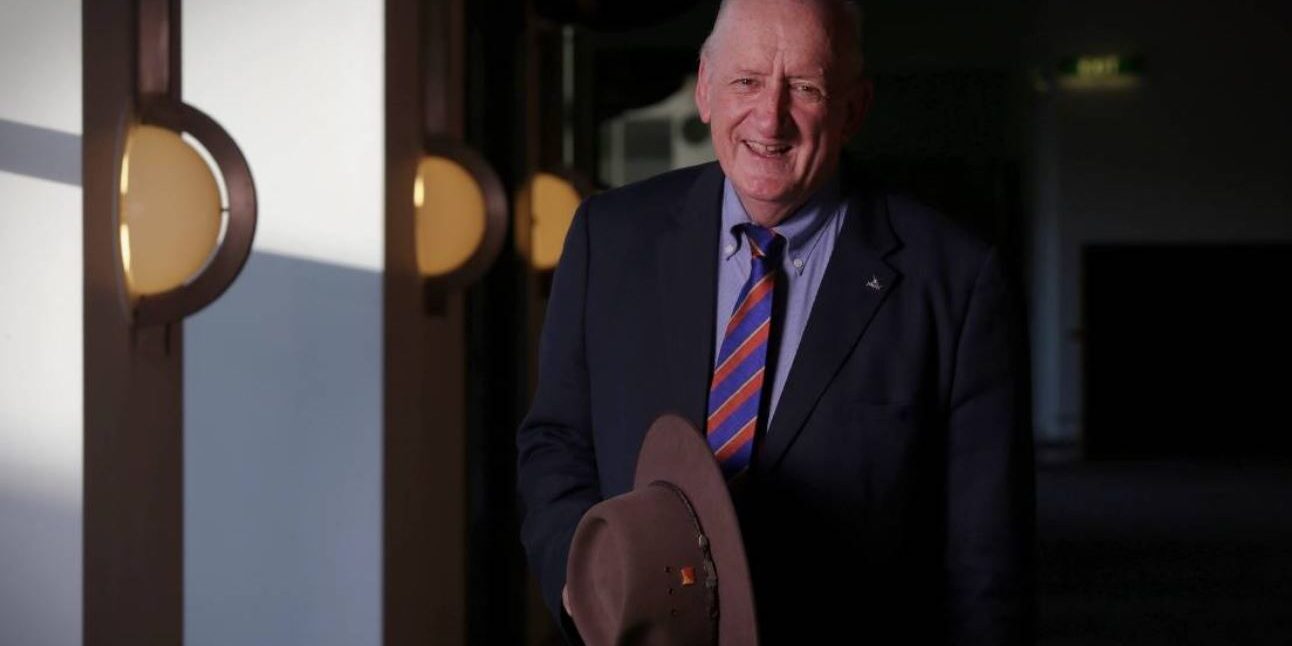 The Hon. Tim Fischer AC, former Deputy Prime Minister, Federal Nationals Leader and true stalwart of the Party, has passed away after a long battle with cancer.

Known to many as a giant of our Party, the ‘boy from Boree Creek’ was always 100 per cent committed to our Party and truly was a National through and through.

A farm kid who grew up in the Riverina before going to boarding school in Melbourne, Tim had a lifelong love of the bush and the people who call it home.

Regional Australia has never had a better friend than Tim Fischer, a man who stood for those great traditional country values of humility, kindness, loyalty, courage and love of Australia.

Tim’s service began at the age of 20 when he was conscripted into the Vietnam war. Two years later, then-Lieutenant Fischer was hit by shrapnel while defending Fire Support Base Coral and was hospitalised, but he was still able to be part of a filmed message from the Army sent back to Australia for Christmas.

Following his return from Vietnam, Tim became the youngest person and first Vietnam veteran elected to Parliament. He served as the Country Party Member for the electorates of Sturt and Murray in the NSW State Parliament from 1971, serving on the Opposition frontbench from 1978. In 1984 Tim was the National Party candidate for Farrer and was elected, an office he would hold for 17 years. In 1990 he was elected Federal Nationals Leader, going on to serve as Deputy Prime Minister and Minister for Trade in 1996 – offices he held for three years, before retiring from Parliament in 2001.

After his retirement from Parliament, Tim returned to farming at Boree Creek and became involved in charity work with organisations such as the St Vincent de Paul Society, the Fred Hollows Foundation and Autism New South Wales. He served as Chairman of the Royal Flying Doctor Service, Chairman of the Crawford Fund, Chairman of the Global Crop Trust, Chairman of Tourism Australia and was a director or patron of more than two hundred not-for-profit and community organisations.

Tim was admitted as a Companion of the Order of Australia in 2005 for ‘service to the Australian and New South Wales Parliaments, to advancing the national interest through trade liberalisation and rail transport development, to supporting humanitarian aid in developing countries and to fostering openness and acceptance of cultural difference in the community’. And in 2009 Tim was appointed as Australia’s first resident Ambassador to the Holy See, something he considered a great personal honour.

Outside of his public work, Tim was a tireless advocate for rail transport in Australia, authoring a number of books on the subject and hosting the ABC radio program The Great Train Show. Even late in life he would find the time to call in to a local Riverina newspaper and voice his concerns about safety at railway level crossings or offer an opinion on crop freight.

Deputy Prime Minister Michael McCormack, on hearing about Tim’s passing, said: “There are few people who have had the impact on The National Party and indeed this great nation as Tim Fischer. His presence was felt in every room he entered, and his name and legacy will continue to benefit those who choose regional and rural Australia as their home”.

Prime Minister Scott Morrison said Tim was an “all-in conviction politician” with great integrity and resolve, and that Australia “will always be in his debt”.

So many of us in The Nationals have a deep admiration for Tim Fischer, a man held in high esteem by people across the political divide and one who was well-regarded by many. He was a true member of our extended family of Nationals, and we extend our deepest sympathies, thoughts and prayers to his wife Judy, sons Harrison and Dominic and their family.