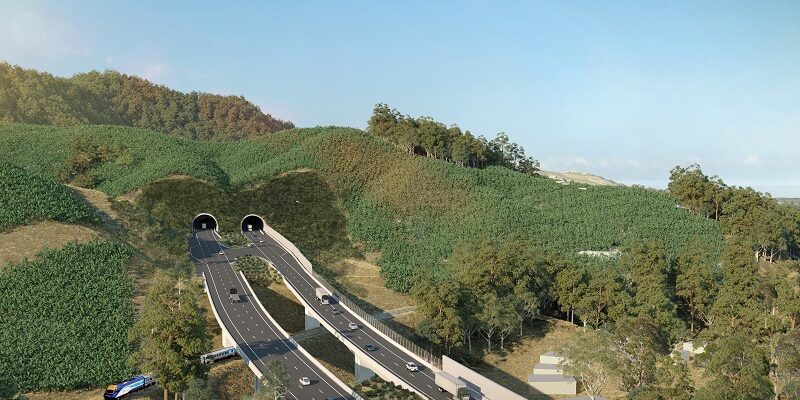 Deputy Prime Minister and Nationals Leader Michael McCormack said the 14km bypass, which received official planning approval, is one of the 15 major projects that the NSW Nationals in the federal government committed to fast-tracking in June this year.

“The bypass is going to take more than 12,000 vehicles a day out of the centre of Coffs Harbour, reduce travel times by as much as 12 minutes by bypassing 12 sets of traffic lights, and improve safety for all road users,” Mr McCormack said.

“Transport for NSW has now received the final stamp of approval, after close scrutiny by the NSW Minister for Planning and Public Spaces and the Australian Minister for the Environment.

“This approval includes the proposed tunnels at Roberts Hill, Shephards Lane and Gatelys Road, as well as assessing the project for its social, environmental, heritage and economic impacts, and gives the project team the green light to go ahead with major work.”

NSW Nationals Regional Transport and Roads Minister Paul Toole said the Pacific Highway was a major contributor to Australia’s economy, and the Coffs Harbour bypass would be a key link in this vital piece of the nation’s infrastructure.

“This bypass alone will support about 12,000 jobs over the whole life-cycle of the project, providing about 2000 local jobs for the community of Coffs Harbour during construction, which shows how serious we are about investment in regional NSW,” Mr Toole said.

“The local community has played a huge role in developing this project – from helping shape the design for the bypass to engaging with the experts in the field to ensure we can get on with the job of delivering on our promise.”

NSW Nationals Member for Cowper Pat Conaghan said now that planning approval had been received, the benefits of the NSW Nationals in the state and federal government’s investment in the biggest infrastructure project the region had ever seen could be realised.

“This bypass is 80 per cent funded by the NSW Nationals in the federal government and it will deliver major benefits to local businesses, contractors and suppliers for years to come.”

NSW Nationals Member for Coffs Harbour Gurmesh Singh said getting the official tick to move forward was exciting news for the community, which will see things happening immediately, with noise treatments and utility relocations ready to go straight away.

“So many locals have told me they just want to see the bypass built and this next step ushers in a new phase, bringing a vital boost to the local economy while construction is underway,” Mr Singh said.

“We’ve now got the green light and can get on with delivery of the biggest infrastructure project that Coffs has ever seen – it’s an investment in the future of our community.”

The project is expected to take around five years to build, weather permitting.