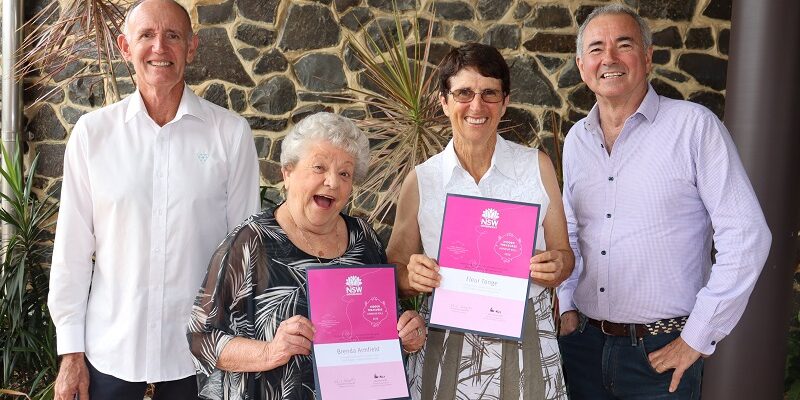 Hidden Treasures is an annual initiative of the NSW Nationals in the state government’s Rural Women’s Network, which recognises the outstanding efforts of women volunteers and promotes the valuable role of volunteering to the community.

“Volunteering helps form the fabric of communities particularly in small rural towns where resources can be limited,” Mr Gulaptis said.

“Hidden Treasures is an opportunity to pay tribute to country women who don’t seek recognition, but who richly deserve it for the tireless contribution they make to a wide range of social and community organisations and initiatives.”

Mr Gulaptis said the NSW Nationals in the state government were spending record funding on physical infrastructure like the Pacific Highway but he was just as passionate about what he called “social infrastructure”.

“It is women like this group of nine volunteering day in, day out who enhance our social infrastructure and we are all very grateful for their efforts,” Mr Gulaptis said.

Mr Gulaptis formally recognised the Hidden Treasures at special events in Grafton and Casino where they were presented with a certificate from the NSW Nationals in the state government in recognition of their inclusion in this year’s Honour Roll.