Bur From The Bush founder named Regional Woman of the Year 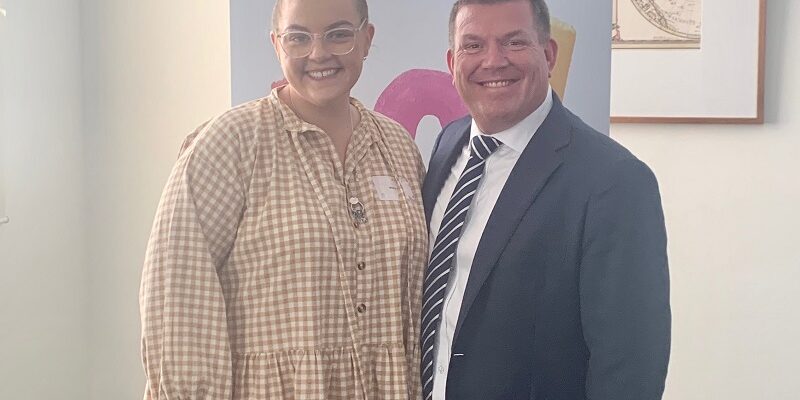 The NSW Nationals congratulate Grace Brennan, whose inspirational call to support the bush earned her the NSW Regional Woman of the Year Award.

“Buy From The Bush helped to save struggling businesses across the state during a really tough time,” Mr Saunders said.

“Grace is a true role model and a credit to our community. This accolade is richly deserved.”

NSW Nationals Minister for Women Bronnie Taylor congratulated Ms Brennan and said she had shown admirable strength and resilience to help others who were doing it tough.

“Grace’s story is quite incredible, she started Buy From The Bush from her kitchen table while pregnant with her fourth child and led the charge in effecting positive change for regional and rural NSW,” Mrs Taylor said.

“This award celebrates and elevates the voices of just some of the rural, regional and remote women who are helping us build a safer, stronger regional NSW.”

Ms Brennan united city and country in supporting rural business through drought by promoting their wares to more than 250,000 Instagram followers.

“It’s important to support women in NSW – particularly in rural communities – because in doing so, you are fostering small business, innovation and job creation,” Ms Brennan said.

Dubbo local Molly Croft was also honoured in the 2021 NSW Women of the Year Awards, earning the ‘One To Watch Award’ after she overcame a battle with cancer and raised thousands for research.

Mrs Taylor said the 15-year-old was a rising star and demonstrated leadership through fundraising and awareness campaigns.

“Molly is an outstanding young woman, who drew on her own journey with an extremely rare bone cancer to support sick children and their families,” Mrs Taylor said.

Molly was diagnosed with osteosarcoma on her 12th birthday and needed major surgeries and intensive chemotherapy. She had to travel hundreds of kilometres from home for treatment.

“Despite facing huge personal obstacles, Molly formed her own network of young sarcoma patients and now provides ongoing support to these other young cancer patients while they’re in hospital and after they return home,” Mrs Taylor said.

“I have worked with countless regional patients as a cancer nurse and applaud their immense stoicism, resilience and sense of community.”

“We are building a safer, stronger NSW, and that means acknowledging the incredible contributions of our young people and the things they do to help others.”

Molly has also been an advocate for cancer awareness and research on national television and helped generate about $25,000 for The Children’s Hospital at Westmead.

Grateful for the support of her community, Ms Croft launched her own campaign, ‘Paying It Forward’ and raised more than $185,000 for Westmead Ronald McDonald House.

“I know Molly well and she does not do what she does for the awards or accolades,” Mr Saunders said.

“But she is an incredibly deserving recipient of this award which recognises her courage, kindness, strength and determination.”