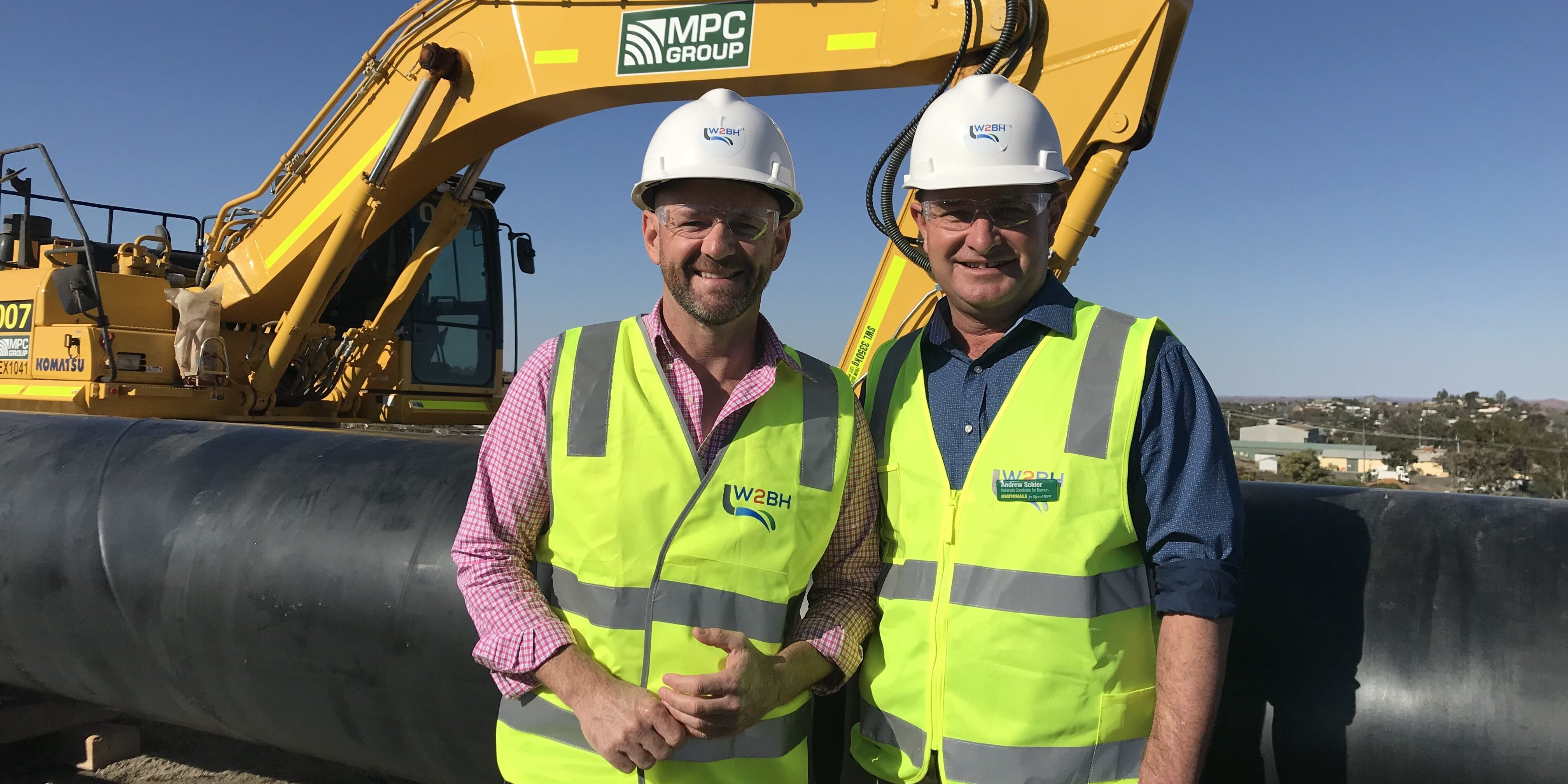 The Nationals in Government have announced that Essential Water customers in Broken Hill won’t pay for the cost of the River Murray pipeline, should the Independent Pricing and Regulatory Tribunal (IPART) determine that the cost be passed on, as the last of 22,000 pipe sections are laid.

Deputy Premier John Barilaro said the Nationals in Government had provided certainty of supply of water for the Broken Hill community and were now providing certainty of pricing, ensuring any determination from IPART to pass on extra costs would be absorbed by the Government.

“No matter where you live in NSW, access to clean and affordable water is non-negotiable,” Mr Barilaro said. “The Wentworth to Broken Hill pipeline is the crucial link in securing a clean supply of water to Broken Hill, in perpetuity. This announcement to cap water prices will ensure that families and residents in Broken Hill pay a fair amount for the water they use.

“People in regional NSW want to know that when times are tough we have their back. That is why we are building a pipeline to deliver clean water to Broken Hill and that is why we are making sure that water is affordable, unlike Labor which simply walked away in Broken Hill when things got tough.

“The Nationals can give the Broken Hill community an iron-clad guarantee that water bills for the first four years will not go up because of the pipeline,” Mr Barilaro said.

Minister for Regional Water Niall Blair said the Nationals in Government were delivering on a 2015 commitment to the people of Broken Hill that their town would be drought-proofed.

“This project has been delivered by WaterNSW ahead of time, under budget and has provided a much-needed economic stimulus to the local community, with more than $35 million injected into local businesses during construction,” Mr Blair said. “We’ve already seen the immediate benefits a project like this can have – with more than 150 local people employed and on-the-job training for local youth.”

NSW Nationals Candidate for Barwon Andrew Schier said water security was no longer a pipedream but a reality for the community.

“I am so thankful to see this project ahead of schedule, especially given there have been no inflows into Menindee Lakes since May and I look forward to seeing the first water in the coming months,” Mr Schier said. “A safe and secure water supply is the foundation of a better quality of life for the people of Broken Hill and the future generations who will make their home in this city.”

The NSW Government subsidy will cover the period of the IPART 2019 – 2020 to 2022 – 23 price reviews for the WaterNSW Murray River to Broken Hill pipeline due for public release in May 2019.