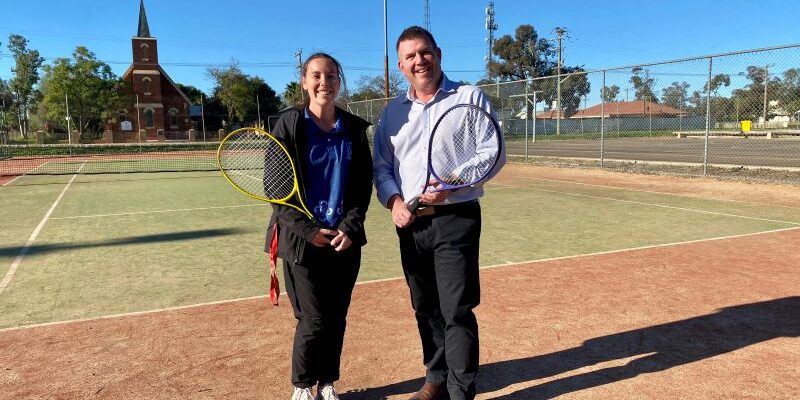 The Dubbo region’s future tennis aces will be given access to dedicated coaching thanks to the NSW Nationals in the state government’s Local Sport Grant program (LSGP).

“After a brief hiatus, a dedicated committee reformed the tennis club at the height of the drought to give locals a physical and social outlet during desperate times,” Mr Saunders said.

“Juniors make up more than half of the club’s members and the committee is dedicated to growing their ranks even further – not only for the club’s future, but to provide another local activity for the kids of Trangie.”

The NSW Government has previously awarded the club $12,874 from the LSGP to install lighting, while Narromine Shire Council secured close to $33,000 from the Crown Reserve Improvement Fund to upgrade toilets and clubhouse accessibility.

Club president Rob Armstrong said being able to pay coaches will reduce their reliance on volunteers who are already stretched.

“Being a volunteer-run organisation, we don’t have the time or the expertise to teach these future tennis stars,” Mr Armstrong said.

“But if we don’t invest in our juniors, we’re not going to have a club going forward.

“We’re very grateful to the state government – tennis has always been a huge part of the Trangie community and these grants help keep our club up and running.”