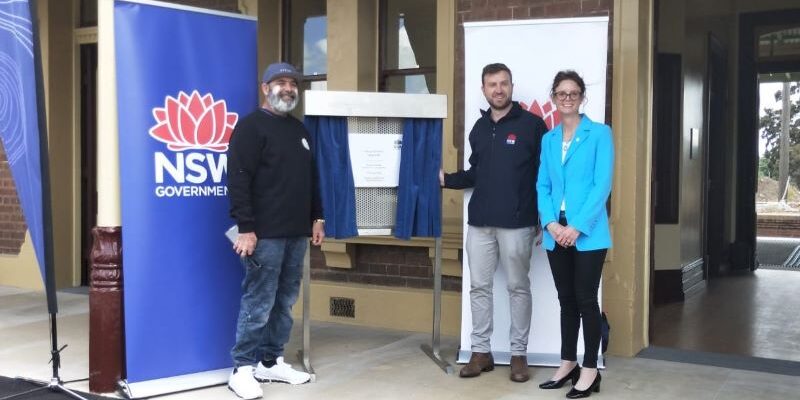 Upgrades to Cootamundra and Junee train stations are now complete as part of the NSW Nationals in the state government’s Transport Access Program which is improving accessibility and safety for rail travellers.

“It is exciting to see these much-needed upgrades complete, ensuring improved accessibility across our transport network,” Ms Cooke said.

“At Cootamundra, we have upgraded handrails and stairs resulting in improved accessibility in the bus drop-off area and ticket office and we have also resurfaced the entry forecourt and the platform around the refreshment room.

“At Junee, we have improved access at the station forecourt with the completion of a formalised bus/coach stop on Railway Square as well as an upgrade to the existing accessible parking space and the paths, kerbs and ramps around the station entrance.

“Within the station we have resurfaced parts of the platform and created a boarding assistance zone, as well as adding an ambulant toilet to both male and female bathrooms. Additionally, we have restored several heritage features of the station building including the doors and flooring.”

Ms Cooke said commuters at both stations will now have upgraded bathrooms, including a new family-accessible toilet and new kiss and ride zones.

Work on both stations began late last year and while crews downed tools recently, the work was only considered complete with the installation of specially-commissioned Aboriginal artworks at each site providing the finishing touch.

Cootamundra station now features artwork by Aunty Fay Clayton, whose installation depicts the movements of Indigenous people and animals over thousands of years alongside the railway tracks of today.

Wiradjuri artist Owen Lyons has created artwork for Junee station, telling the story of transport and movement in the area.