Tim Fischer ‘A Good And Faithful Servant’ To The End 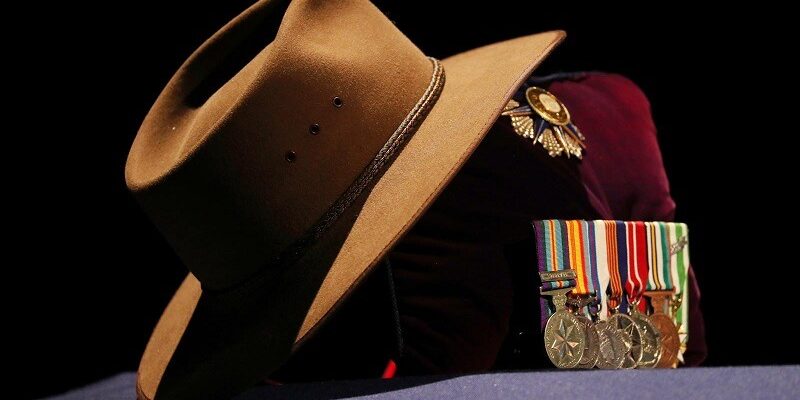 Thousands of people said their goodbyes to the late, great Tim Fischer in Albury this week.

Tim’s fingerprints were all over the State Funeral held in his honour, from The Battle Hymn of the Republic and Jerusalem to the manner of his arrival: A humble rail motor that carried him to the service from near his home town of Boree Creek.

Many thousands more listened on ABC Radio, or watched the service live on television. ABC Rural journalist Warwick Long was manning the broadcast desk, and remarked online that he half-expected Mr Fischer to call in and offer a view on the proceedings.

Many of Tim’s nearest and dearest eulogised the great Australian, sharing stories of the inimitable ‘boy from Boree Creek’.

We will miss you, Tim. From our family in the NSW Nationals to yours – to Judy, Harrison and Dominic – we extend our love and support.

Tim wasn’t someone given to disappointment, but there were exceptions. He was Deputy Prime Minister, Minister for Trade and he was on a visit to India.

He was in New Delhi and his staff had noticed that an interesting meeting had appeared on his schedule. He was to meet with the Indian Minister for Transport. Tim was particularly excited about this day.

He was going to have this meeting on his own – staff were not permitted to go into this special meeting that it would seem that he had personally arranged.

On that day, he went in, sat down with the Minister for Transport. Staff waited patiently outside – it was a rather lengthy meeting – and as he came out, the staff noticed that he had a very glum look on his face. A very frustrated look on his face.

“That man doesn’t know his trains!”

It’s true. Tim Fischer had a great love of trains, a boyhood fascination that stayed with him for life, and we all have a train story about Tim.

But when I spoke to Judy the other day from Vietnam, she said, “I hope people remember more than Tim than his love of trains.”

It was one of many things we loved about him but Tim was so much more than that.

Today we gather to celebrate the life of Timothy Andrew Fischer AC. We gather with Judy, with Harrison and Dominic to extend to them all of our comfort, all of our love and all of our support and to give thanks for your remarkable husband and father of whom I know you are truly proud.

We gather amongst friends to farewell a dear and true friend. We gather as Australians to honour a veteran, a colleague, and a patriot who served his country faithfully and well.

Tim Fischer was an original. Emphatically made in Australia. He was – and I’m sure Macca wouldn’t mind me saying – Australia All Over.

A big man in every sense of the word, as big as the country he loved and served.

His big hat, his big hands, his big frame, his big beliefs and passions, his big view of Australia, and of Australians. He had a big courage, but one he combined with a gentle and forgiving kindness that understood human frailty.

He was a deeply honest man, and he was no stranger to humility.

I heard a preacher say once, “God uses those who care.”

In Tim Fischer, this gave God a lot to work with.

Tim was infectious. For Tim, life was about people.

A love for people

He had the ability to focus all of his attention on you. He would give himself over completely in his engagement with you – you had his attention, you mattered. He listened and he always remembered.

I was having a beer with Tim once at the Gardeners Inn pub up in Blackheath one night and a fellow came up to him and he said, “You won’t remember me.”

And as I’m sure you know, he remembered his name, he remembered what he talked about and where he met him and it was something like 23 years previous.

Tim understood the value of people in his life and he never expected anyone else to do what he wouldn’t do himself.

In 1986 when a young refugee from Laos devastated by the separation from his family stormed the Immigration Department’s office here in Albury it was Tim who walked inside, against all advice, to talk to him, and it was Tim who peacefully resolved the siege hours later.

When his country called, Tim Fischer never failed to answer.

A life of service

From proudly serving in Vietnam in the Australian Army to his election to both state and federal Parliaments, to his leadership of the great National Party – and I acknowledge Michael McCormack here, the leader of the Nationals today – as Minister for Trade, as Deputy Prime Minister and his many roles post politics.

No one was ever left guessing what Tim believed and what he was passionate about and he always channelled that passion into action.

As acting Prime Minister, he revelled in running the country from Mount Kosciuszko. As Trade Minister, he championed an end to protectionism and greater engagement with Asia.

And because, as much as Tim fought fiercely for the people of his beloved rural and regional Australia, he was big too in his view of Australia’s place in the world and he left a great mark upon it.

Courage in the face of tragedy

In the wake of the Port Arthur tragedy in 1996, a truly horrific page in our nation’s history, where John Howard who is here today with his wife Janette garnered the strength and mettle to mount swift action with new gun laws, it was as Deputy Prime Minister and Leader of the Nationals that Tim Fischer shared that resolve.

And for him, this task was arguably even greater. Gun laws were not popular in regional Australia in 1996 and where there was resistance, Tim copped the brunt of it.

He stumped up and he persuaded, together with the Prime Minister, and convinced regional Australians about the need for change.

He stood firm with his Prime Minister, co-committed as Leader of the Nationals, to that great Coalition which we share to this day, unwavering until it was done.

Australians are now safe today because of him.

I’m sure the former Prime Minister Howard would agree they were Tim’s laws too, and we are indeed truly grateful.

This was his finest moment among so many, and Australia will always be in his debt.

A legacy of greatness

After leaving Parliament Tim continued to put his country first, answering the call from both governments of all sides of politics.

For Tim, it was always about Australia.

His authenticity, his preparedness to be himself made him who he was.

A tower of strength, a titan of regional Australia, a giant of a human being, a man of deep faith, a devoted and adoring husband and father, a dear and loved friend, the son of a grateful nation.

Tim Fischer was one of a kind.

As he enters eternity, he will no doubt be greeted with the words, “Well done, good and faithful servant.”

And for those who he has left behind here, we can take comfort in the simple fact that we knew and we loved Tim Fisher.

And we are better for it.