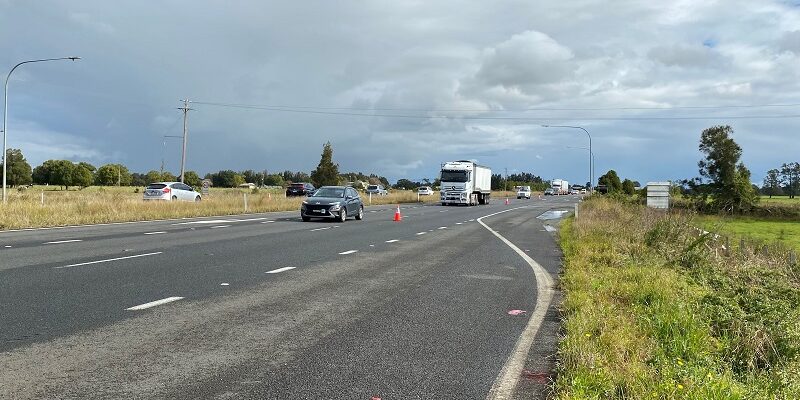 Motorists will soon benefit from safety improvement work on the Pacific Highway through the Mid Coast region with a project now underway between Ghinni Ghinni and Coopernook.

The $22 million project is jointly funded by the NSW Nationals in the federal and state governments on an 80:20 basis.

“This is part of a wider $40 million investment along the Pacific Highway which has been underway for several months now, with projects already completed at Karuah, Topi Topi, Coolongolook and Middle Brother, and planning for Cundletown progressing well,” Mr Joyce said.

“The Pacific Highway is the busiest transport and freight route north of Newcastle, so it’s great to see improvements being rolled out to help ensure those who use it every day complete their journeys safely.

“On top of improving safety, the stimulus funding will also provide a welcome boost to the local economy, with the project supporting more than 70 workers over the next eight months.”

Deputy Premier and NSW Minister for Regional Transport and Roads Paul Toole said the newest project is designed to reduce the risk of crashes and save lives along an 11.75-kilometre stretch of highway at Ghinni Ghinni.

“We know what a game changer the Pacific Highway upgrade has been – a $15 billion investment by the Australian and NSW Governments, creating more than 100,000 jobs over the multi-generational build, and reducing fatalities by more than 75 per cent,” Mr Toole said.

“This upgrade at Ghinni Ghinni will make a real difference to the lives of locals and improve safety for the more than 25,000 motorists who travel along this part of the Pacific Highway each day.”

Federal Nationals Member for Lyne David Gillespie said that work is being delivered in stages along the highway, with a contraflow traffic arrangement in place to move motorists onto the opposite lanes and a reduced 80 km/h speed limit.

“These important and essential improvements will all be worth it when the upgrades are complete, however I encourage motorists to be patient as they pass through the key work areas,” Dr Gillespie said.

“No work is being carried out during peak traffic periods including public holidays, long weekends and between Christmas and New Year.”

“Crews will install new safety barriers and audio tactile line marking, also known as rumble strips, which alert drivers when they are drifting out of their lane and have been shown to reduce fatalities and injuries from run-off crashes,” Mr Bromhead said.

“This project will be an absolute game changer for locals who will see greater safety outcomes along the route when these upgrades are complete.”

More information on the projects is available at nswroads.work/pacific.