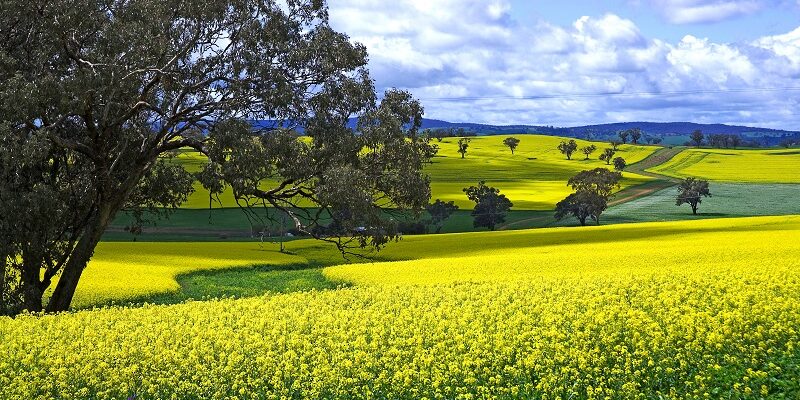 Australian Winter crops are set for another bumper year with favourable conditions and a record amount of land sown.

“This year is looking set to be another strong year for growers, with the national Winter crop harvest projected to be 54.8 million tonnes,” Dr Greenville said.

“This is about 32 per cent above the ten-year average to 2020-21, although it is a slight fall of about 2 per cent on last year’s harvest. Given the Winter crop in 2020-21 was the second largest on record, this is still a substantial result.”

The area sown to Winter crops this year stands at a record 23.2 million hectares.

It is set to be a particularly good year for canola, with the national crop forecast to be a record-breaking 5 million tonnes – an increase of 11 per cent.

Excellent growing conditions were experienced in June and July, with average or above average rainfall in most cropping regions.

Rainfall was lower in August but there were ample reserves of soil moisture to sustain crops, and the Crop Report forecasts Spring rainfall to be above average in the eastern states.

Dr Greenville warned another good year provides the opportunity for the high mouse numbers of last year to return, and already there is a high prevalence of mice in some cropping regions.

“At the moment, mouse numbers are highest in southern Queensland and northern and central New South Wales. There are also high populations in central Queensland and around Geraldton in Western Australia,” he said.

“While local losses can be expected, mouse numbers are unlikely to significantly lower national production. Mice are also likely to increase production costs and may affect grain stored on-site in affected regions.”

The Australian Crop Report is available at https://www.agriculture.gov.au/abares/research-topics/agricultural-outlook/australian-crop-report.