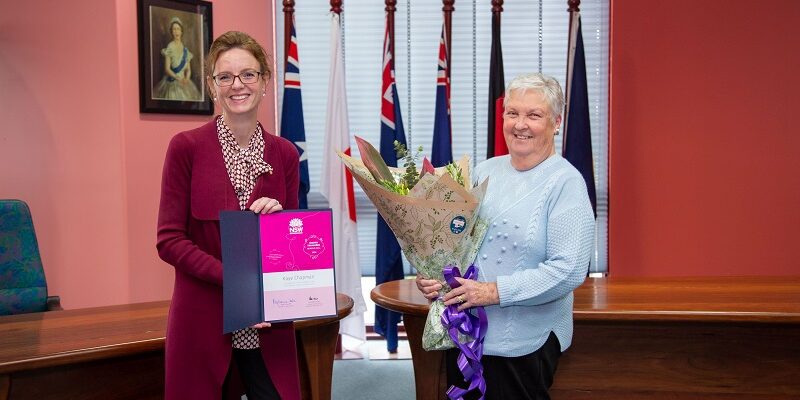 The NSW Nationals in the state government have updated the Hidden Treasures Honour Roll to pay tribute to rural women who play important volunteer roles in their local communities.

“I congratulate Kaye and Elaine for the enormous contributions each have made to their local community over many years,” Ms Cooke said.

Supporting people living with loss is a passion for Mrs Chapman, which has seen her volunteer in a grief support role for more than 16 years.

“This work led to her establishing the Cowra Community Chest, which has raised more than half a million dollars, providing support to those undergoing medical treatment through transport, accommodation, specialist fees and equipment.”

Over the past 45 years Mrs D’Elboux has run the Koorawatha Show canteen, raising funds to help the Show Society to put on community events and to maintain their grounds.

“I have had the pleasure of sharing a chat over the washing up with Mrs D’Elboux on several occasions, and have seen her energy and love of her community in full flight,” Ms Cooke said.

A great-grandmother of ten, Mrs D’Elboux has also dedicated decades to Cowra Meals on Wheels, the Koorawatha Press Association and several other events and societies across the Central West and Hilltops communities.

Eight women from the Cootamundra electorate have been recognised as a 2020 Hidden Treasure, an initiative of the Department of Primary Industries’ Rural Women’s Network, to recognise and promote the valuable role of rural women volunteers in NSW. It has captured the inspirational stores of more than 900 women since its inception in 2010.