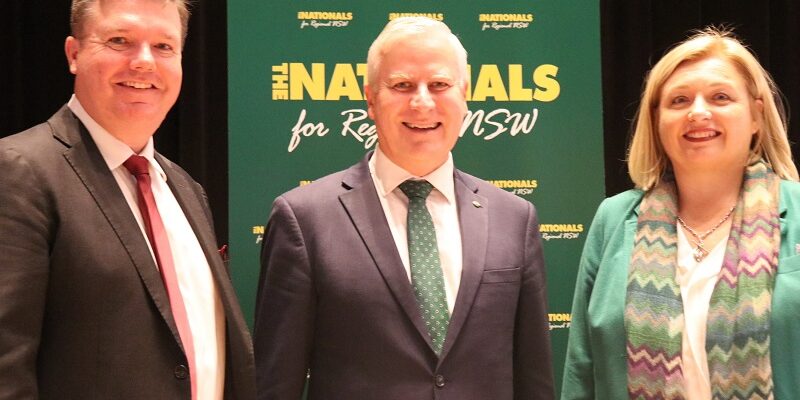 Ross Cadell and Alison Penfold will form an experienced team to represent The Nationals on the New South Wales Coalition Senate ticket at the next Federal election following a preselection of grassroots party members today.

Deputy Prime Minister and Leader of The Nationals Michael McCormack said today’s preselection was a huge win for our regional, rural and remote communities.

“I have worked with Ross and Alison for many years and I know they are unwavering in their commitment to deliver for the people who call our regions home,” Mr McCormack said.

“From small business owners to coal miners, local tradesmen and women or Australia’s primary producers, they are dedicated to securing the future prosperity and jobs of regional Australia.”

Federal President of The Nationals Kay Hull said Ross and Alison would add a valuable and passionate voice to the federal debate.

“Regional Australia has faced drought, bushfires, floods, COVID-19 and now the mice plague but importantly, they understand that regional Australians are some of our most resilient,” Mrs Hull said.

“Ross and Alsion recognise that regional communities are the backbone of our nation and I know that they will stand up in Canberra and fight for their betterment.”

NSW Nationals Chairman Andrew Fraser congratulated Ross and Alison on their preselection, and thanked all of the candidates who put their time and effort into the process.

“The Nationals are the most democratic grassroots party in the country and we have seen that demonstrated here today,” Mr Fraser said.

“I am certain our members from right across the state have selected strong advocates for regional families and communities and I look forward to working with them through the campaign.”

Mr Cadell, who is the lead Nationals’ candidate, said he was already drawing on his immense experience in delivering for the regions.

“It is an honour to be preselected to represent regional NSW, which has a really fantastic future ahead of it,” Mr Cadell said.

“Regional Australia is the heartbeat of our great nation and we need more people in Canberra spruiking this fact.

“We need to continue to secure the future of our regions moving forward and I know The Nationals are dogged in this belief as they lay the economic foundations for regional, rural and remote areas to thrive well into the future.”

Ms Penfold said NSW Nationals preselections were always a great day for democracy and the Party.

“We had a great field of candidates, I believe in our brand, it brings great people in, and it is great to be part of this process,” she said.

“Together, we can ensure the nation is strong, resilient and united.”