More than $579 million has been allocated to help drought-affected farmers in the NSW Government’s Budget 2018.

Drought has been a constant and inevitable feature of the NSW landscape.

Approximately half the state is in drought or is experiencing conditions fast approaching drought. Some of the worst-hit areas are the Hunter, Central Tablelands, Central West and in the Far West of the state.

The NSW Government is standing by our farmers, their families and rural communities.

In 2015, the NSW Government launched a $300 million Drought Strategy which focused on preparedness, targeted support for rural communities and improving decision making. The strategy includes a number of transport loans and subsidies, rural support workes and financial counselling, a rural resilience program, skills and training subsidies and the Farm Innovation Fund.

Dedicated to the NSW Drought Strategy is:

A State Drought Coordinator was implemented last month to help ensure farmers and their communities can raise concerns and identify opportunities for the NSW Government’s current drought strategy. Former NSW Rural Woman of the Year and grazier, Pip Job was announced as the coordinator.

Farmers wanting to speak to the coordinator: drought.coordinator@dpi.nsw.gov.au

Expansion of the Farm Innovation Fund

The Farm Innovation Fund is the centrepiece of the NSW Drought Strategy and has been in high demand since it was implemented.

The fund offers low-interest loans, which proved up to $250,000 per project to assist farmers to identify and address risks to their enterprise, improve permanent on-farm infrastructure and ensure long-term productivity and sustainable land use. The fund is currently capped at $250 million and has already approved $216 million in loans since 2013. With the current conditions, the Rural Assistance Authority has been receiving more than $3 million in applications each week.

The NSW Government’s top up will see an additional $250 million for the Fund. The new fund allocation will also provide provisional loans for cattle farmers to biobank the genetic material of their herd when forced to de-stock due to drought conditions. As well as this, a portion of the fund will go towards improving farm connectivity, installing emergency water infrastructure and to help fence properties to exclude kangaroos and other pest animals.

Doppler radars are specialised radars that measure the direction and speed of precipitation in the atmosphere towards or away from the radars. They deliver fast, accurate, live weather updates allowing landholders to make timely business decisions — such as when to sow seed, harvest crops or move stock — boost productivity, save money and remain competitive. The maximum range is typically between 150 and 200 kilometres away.

The long-term benefits of installing the Doppler radars will provide economic, social and environmental benefits for over 170,000 people as well as provide benefits of over $156 million over the next 20 years, including;

There are record numbers of kangaroos in regional NSW and they are causing damage to farm fences, eating pasture and drinking the already limited water resources. 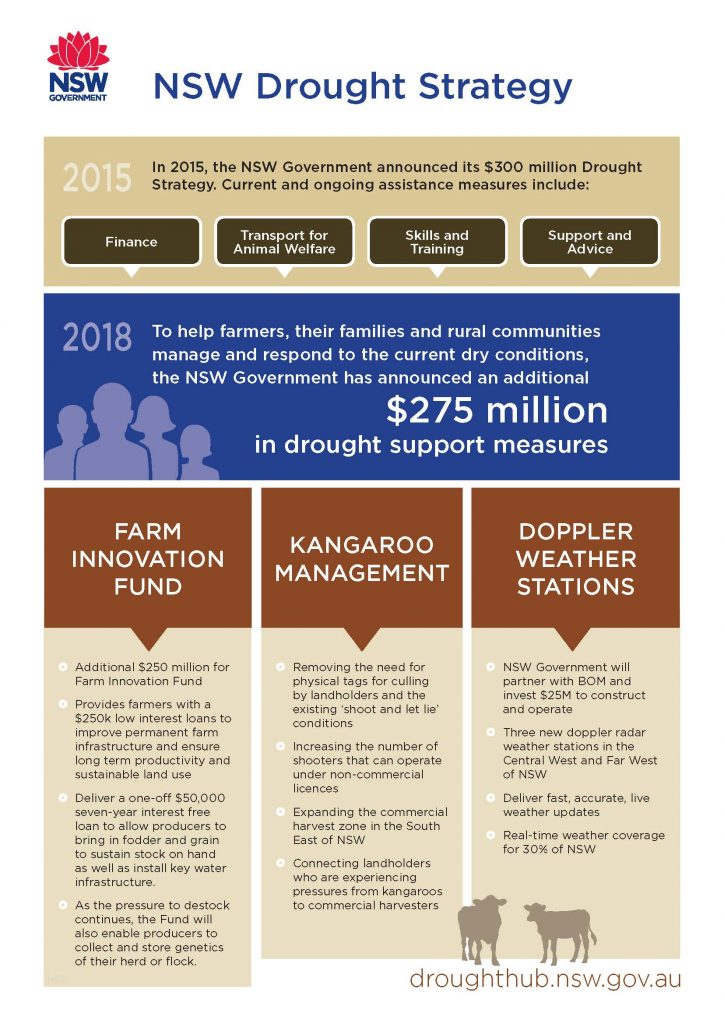 Regional youth take over the airwaves
01 Feb, 2023
Go to Top