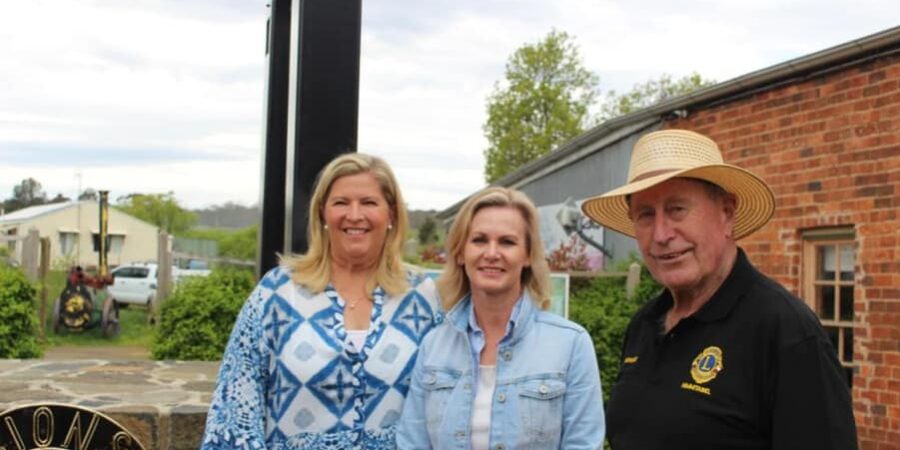 Deputy Nationals leader Bronnie Taylor has praised the commitment and perseverance of her local Nimmitabel community while officially opening the Nimmitabel Bell.

The Nimmitabel Lions Club originally proposed the Bell some years ago, with long-time member Howard Charles amongst those leading the charge.

Mrs Taylor has praised Mr Charles, who was seriously injured when the bell fell on him, saying “He certainly never gave up.”

Mr Charles located the bell in the United States.

Made in New York in 1920, it tipped the scales at 1.8 tonnes, and was brought to Nimmitabel from Michigan, with Mr Charles and the Lions Club seeking to find it a permanent home in the town.

In terms of the name, Mr Charles once said “It is a play on words, to have the ‘Nimmity Bell’; there’s no historical significance. But it’s a lovely thing to have.”

The first “Nimmity Bell Festival” was held in October 2015, with 700 people attending.

It’s taken some time to find the best place for the bell’s permanent location, but now that’s done, the official opening has taken place.

Mrs Taylor said “What a great day! So fantastic to officially open the Nimmitabel Bell, Such commitment and perseverance from an amazing community with a HUGE heart.”

She added “Extra special to have Nichole Overall for Monaro with me too.”