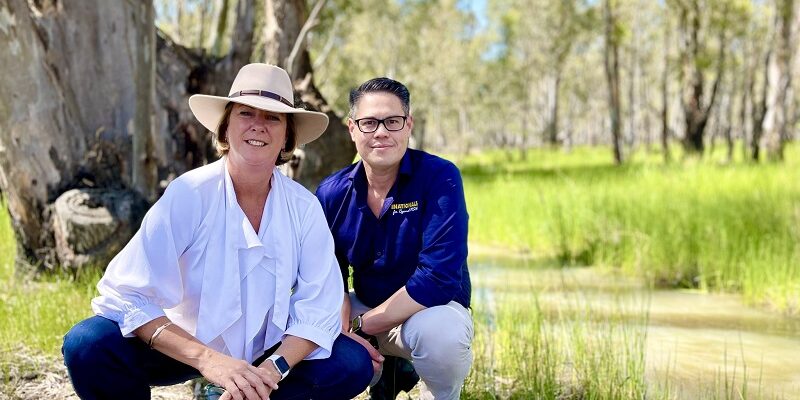 Nationals Minister for Water, Property and Housing Melinda Pavey said the re-scoped Menindee Lakes and Yanco Creek Offtake projects – two of the major projects within the Basin Plan – were key to getting the Murray Darling Basin Plan back on track delivering important benefits for cultural, productive, and environmental users.

“Most of the criticisms of the Plan originate with shortcomings around these two projects,” Mrs Pavey said.

“Despite community concerns with these projects they were pulled into the Basin Plan and Gazetted in 2010, and decades later, these same concerns still existed.

“Today is a historic moment in the Basin Plan, changing both the Menindee Lakes and Yanco Creek Offtake projects to better meet community needs.”

Several proposed initiatives were released under the Better Baaka and Better Bidgee programs, including the rescope of the Menindee Lakes and Yanco Creek project.

“The Better Baaka program brings together millions of dollars of initiatives and infrastructure options that, if supported by communities, will contribute to stronger environmental, economic and cultural outcomes for the Darling-Baaka,” Mrs Pavey said.

“Rather than focusing on individual projects that never had the support of our communities, the program allows us to take a holistic, system-wide approach to water planning for the benefit of the environment, the community and First Nation people.”

The proposed initiatives include:

Nationals Member for the Legislative Council Wes Fang said these new modified projects would get boots on the ground if communities accept what is being proposed.

“We have learnt from mistakes of the past. We will not be like previous Governments and tell communities what is best for them, but rather work with them to determine which projects they feel are in their best interests,” Mr Fang said.

Consultation on the Better Bidgee and Better Baaka programs starts this week, with the first of a series of information and feedback sessions to be held in early November.