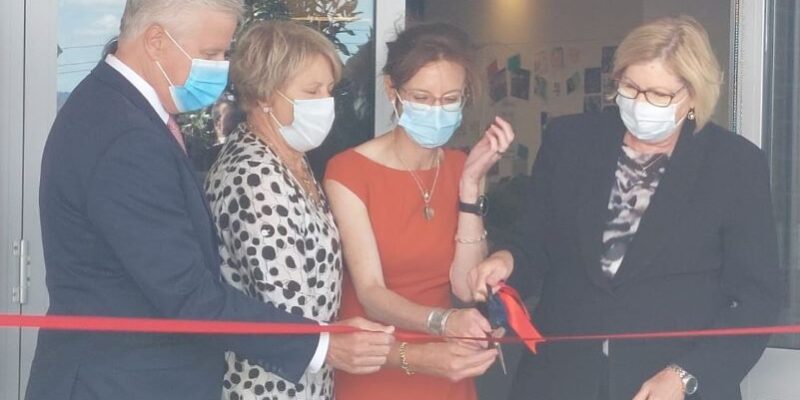 Murrumbidgee Local Health District (MLHD) patients will benefit from the new Murrumburrah-Harden Health Service, which has been officially opened.

“Based on the Multipurpose Service (MPS) model, this health service will future-proof care in the region by integrating health, aged care and emergency services under one roof,” Ms Cooke said.

“This project also includes the addition of three new staff accommodation units, so teams have a comfortable, modern place to call home.

“It has been a pleasure to have been beside the community for the duration of this project and I wish to thank everyone who has taken the time to contact me about the project over this time.”

Ms Cooke said the official opening of the Murrumburrah-Harden Health Service is a significant milestone to have been achieved amongst several crucial Health Infrastructure projects being delivered across the Cootamundra electorate.

“We have six new NSW Ambulance stations at Ardlethan, Coolamon, Cootamundra, Cowra, Grenfell and Harden, an $80 million redevelopment of Temora Hospital recently announced and we are well into the master-planning phase of the redevelopment of Cowra Hospital,” Ms Cooke said.

“Additionally, we are seeing major investment in our neighbouring areas with redevelopments of Tumut, Wagga and Griffith hospitals.”

The redevelopment of the Murrumburrah-Harden Health Service is part of the fifth stage of the $297 million NSW Government’s MPS program aimed at improving access to health and aged care services for small and remote rural communities.

“It is my privilege to lead a dedicated team who are always striving to improve the health of their community,” Jill Ludford, MLHD Chief Executive said.

The investment in this MPS facility is part of the NSW Government’s record $10.8 billion investment in health infrastructure over four years to 2024-25.

A third of the capital allocation in this financial year is going towards new and upgraded regional and rural health facilities.

The 2021-22 budget for Murrumbidgee Local Health District is over $687 million, an increase of more than $29 million, or 4.4 per cent more, on the previous year’s budget.

Between mid-2012 and mid-2021, MLHD increased its workforce by an additional 637 full-time equivalent staff – an increase of 23.3 per cent including 54 more doctors, 334 more nurses and midwives and 103 more allied health staff.