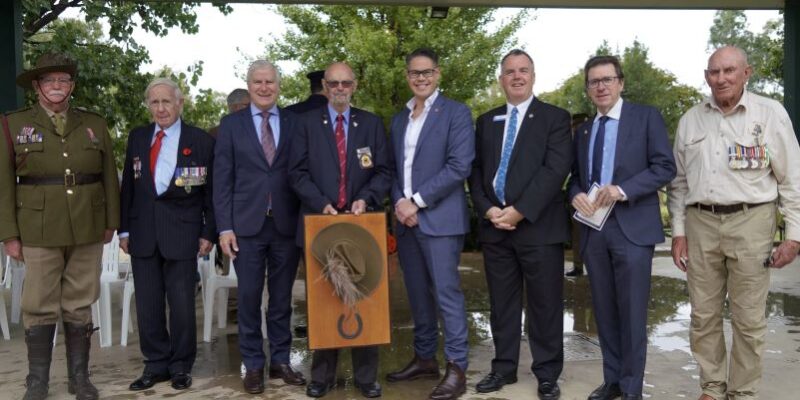 The NSW Nationals in the federal government will provide $5 million for a new Veteran Wellbeing Centre at Wagga Wagga.

“We have more than 3,000 veterans and their families living in the Riverina and Central West, as well as all three arms of the Defence Force located in Wagga Wagga – the Home of the Soldier, Blamey Barracks at Kapooka, RAAF Base Wagga which also delivers training for the Royal Australian Navy – which is why I have been fighting to establish a facility such as this one in the region,” Mr McCormack said.

“I have been advocating for this centre for some time and I’m pleased to have delivered it for all our Defence and veteran community.

“The new centre will make it easier for veterans, their families and current service personnel to access health and wellbeing support, help with finding work and assistance as they transition out of military life.

“It will also be a place where veterans can come together to link up with others in a similar position.

“The Nationals in government understand the importance of providing this support network for our veterans, Defence personnel and their families, which is why we are providing wellbeing centres across our great nation, including right here in Wagga Wagga.”

Mr McCormack said this the centre would build on the Federal Government’s $960 million investment into Defence in the city through the Defence White Paper.

“Wagga Wagga and the wider region plays such a significant role in our nation’s Defence programs,” Mr McCormack said.

The centre will be available to all current and former serving Australian Defence Force members, including reservists, and their families.

Only the Nationals in government will continue to deliver a better future for New South Wales and this is part of our plan to build a strong economy and a stronger future.