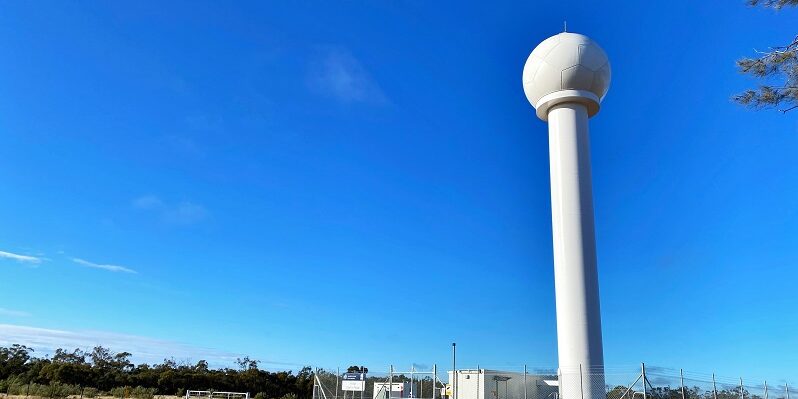 Deputy Premier John Barilaro and NSW Nationals Minister for Agriculture Adam Marshall have announced the completion of a state-of-the-art weather radar at Hillston in western NSW, delivering the second of three Doppler radars as a key election commitment for regional NSW.

“Last year we built and launched a Doppler radar in Brewarrina, today we are powering on the second radar in Hillston, and a third radar at Yeoval is under construction, significantly improving coverage right across Western NSW,” Mr Barilaro said.

“With the radar now live in Hillston, it means real-time wind and rain activity information is brought to farmers and the community providing hundreds of kilometres of extra coverage.

“These radars will protect lives and help reduce damage from fires and floods by providing improved, vital information to emergency services to predict weather warnings including wind velocity.

“Communities were crying out for better coverage to help make informed decisions, especially primary producers, which is why the NSW Nationals in the state government stepped up with a $24.5 million investment to fix the black spot.”

Mr Marshall said the new data would provide a wealth of information for farmers.

“The new radars will support primary producers to make timely, informed decisions, such as knowing when to sow, harvest or move their stock, and affords them added confidence when the need arises to quickly adapt their plans,” Mr Marshall said.

“These radars can detect rain drops, hail, bushfire plumes, rain intensity, and wind velocity from up to 200 kilometres away – vastly improving real-time weather services for the community.

“These radars are a game-changer for agriculture in western NSW.”

The three new stations mean NSW will soon have eight Doppler radars as part of a growing network of more than 60 weather radars operated by the Australian Government’s Bureau of Meteorology.

Weather data from the new Hillston radar is available on the BOM Weather app or website – www.bom.gov.au