Nats looking to future of our regions 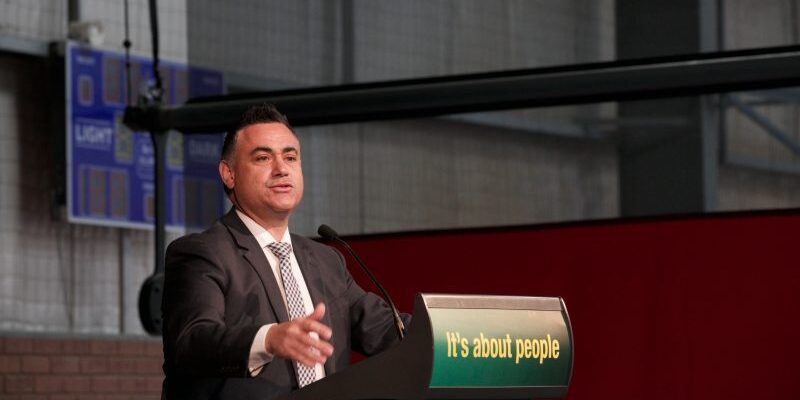 NSW Nationals Leader and Deputy Premier John Barilaro has set out a bold vision for the state, telling The Daily Telegraph’s Bush Summit that politicians should look “decades ahead”.

The event, held in Cooma in Mr Barilaro’s electorate, saw a number of NSW Nationals members participate in the discussion.

Mr Barilaro pointed to the Snowy 2.0 project presently underway in Monaro, and said politicians should be looking towards Snowy 3.0 and Snowy 4.0.

“Why are we only planning for the next election cycle and not for the decades ahead?” Mr Barilaro asked, going on to say we should invest in projects that “may take decades to complete but will benefit the generations ahead”.

Mr Barilaro also took aim at inner-city beancounters who only look at cost-benefit analysis on a page, and not the real impact of projects in the real world.

“We concrete Sydney and put bitumen everywhere, and yet we pay the price in the bush,” he said. “That’s a discentive and then the Treasurer will say it doesn’t stack up, we don’t do that particular piece of infrastructure (which) is important and we lose the jobs and the opportunity.”

He also criticised people from the eastern suburbs of Sydney who preach environmentalism from their concrete jungle.

“When you’re starting to put certain policy positions and ideology in front of pragmatism, we end up in this mess,” he said.