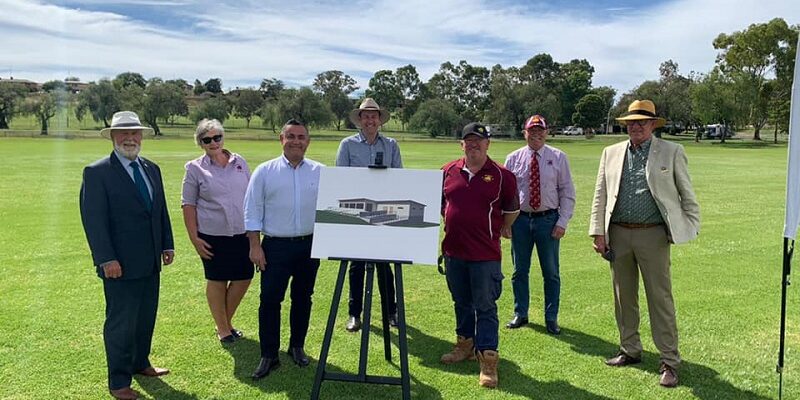 Parkes footy and cricket players will soon have access to new and improved facilities and amenities at Spicer Oval thanks to funding from the NSW Nationals in the state government and the Resources for Regions program.

Deputy Premier John Barilaro and NSW Nationals Upper House MP Sam Farraway announced over $1.6 million from Resources for Regions Round Seven for the redevelopment of Spicer Oval, including a new modern amenities block, clubhouse and canteen that will help boost the region’s sporting capacity.

Mr Farraway said the project includes upgrading the carpark and building a new viewing platform with more than 300 seats for spectators to view sport year-round.

“These new facilities and amenities will provide a dedicated rugby union facility for Parkes and accommodate junior, senior and women’s rugby league matches as well as cricket matches of all grades and ages,” Mr Farraway said.

“The new amenities block will enable Spicer Oval to host regional sporting events and accommodate both male and female competitors at the same time, and they will be cheered on by fans seated on the brand new viewing platform.”

Mr Barilaro said the project will help stimulate the local economy by providing work for local tradespeople and suppliers, while increased numbers of competitors and spectators attending regional events in Parkes will spend money in local shops.

Mr Barilaro said Resources for Regions funds projects for mining-affected towns including new and upgraded infrastructure such as roads, resilience community programs and social infrastructure such as local childcare services and sports fields, with rounds one through seven delivering 149 projects worth $345 million since 2012.

Under the revised round seven, $50 million has been allocated for projects and programs that improve the lives of people in mining communities across regional NSW.

Resources for Regions round seven is part of the $2 billion Regional Growth Fund, designed to support growing regional centres, activate local economies and improve services and community infrastructure for regional communities. A further $75 million has been committed for round eight of the program, expected to open mid- 2021.