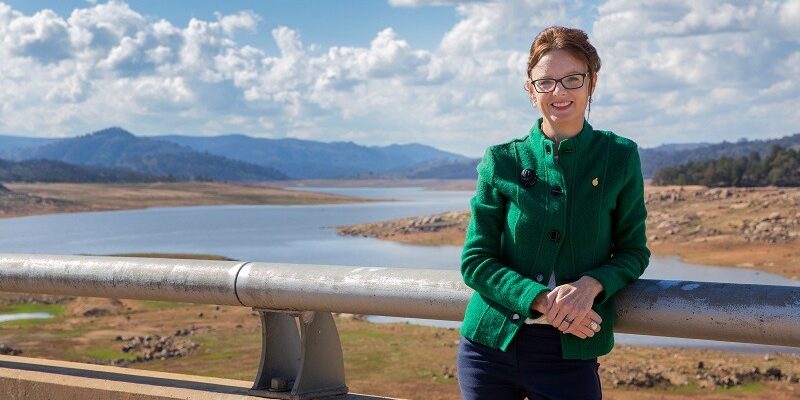 The NSW Nationals in Government are one step closer to delivering the state’s first major dam projects in three decades after signing on partner company WaterSecure to oversee the projects.

NSW Nationals Member for Cootamundra Steph Cooke said the announcement meant the Wyangala Dam wall-raising would be fast-tracked in her electorate, as well as building the new Dungowan Dam, guaranteeing water security for communities across the regions.

“The Wyangala Dam expansion is vital for ensuring water security and flood mitigation for the towns and villages, industry, agriculture and horticulture across the region,” Ms Cooke said.

“The NSW Nationals have fought tooth and nail to fast-track these dam projects which will be a legacy to the people of NSW.

“We will have shovels in the ground by October for this historic project. Our communities have done it tough with the drought and COVID-19, but we are resilient and will look back knowing that we have been responsible for the recovery of our state’s economy.

“Thanks to the improved water security for our prime agricultural regions, farmers will be able to produce food and vital exports that will play a crucial role in our nation’s future.”

The NSW Nationals in Government have a strong track record on projects such as the Tamworth and Broken Hill pipelines and the Guyra to Malpas Dam pipeline, but what we are embarking on now is on a much larger scale.

Deputy Premier and Leader of the NSW Nationals John Barilaro said this was a game-changer for the entire state, with water security the most important and vital resource for the people of NSW.

“We have not seen this kind of water infrastructure build since the 1980’s and not only are we creating local jobs but we are increasing vital water security across this state, and for me there’s nothing more important than that.”