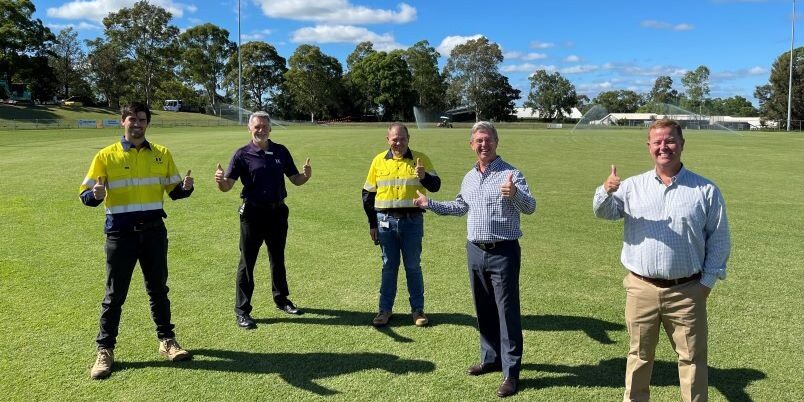 Funding from the NSW Nationals in the federal government is delivering upgraded road and recreation facilities in Bolwarra near Maitland.

Federal funding of $672,400 has delivered major road reconstruction on Lang Drive at Bolwarra Heights, resulting in a safer and smoother road with better traffic flow.

At Bolwarra Lookout, the final stages of a $700,000 redevelopment are underway, with a new play space to be completed mid-March and a new car park to be completed by the end of April.

“It’s a great pleasure to be here to see these improvements for Bolwarra,” Dr Gillespie said.

“I haven’t seen the ovals looking this good; it’s an impressive sprinkler system which keeps up optimum water levels, while remaining efficient.

“We proudly supported the Bolwarra Sporting Complex project with a $100,000 grant, to back up Council’s $58,000 contribution.

“I look forward to working with Mayor Penfold to continue delivering important upgrades for the community.”