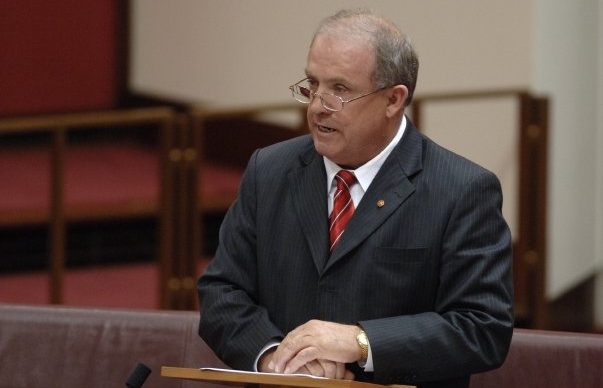 Senator John ‘Wacka’ Williams has been fighting for a Royal Commission for almost a decade.

The Nationals’ champion of the Banking Royal Commission says the newly-released interim report confirms his suspicions of the finance industry.

Senator John ‘Wacka’ Williams said he always thought they put profits before people and the report confirmed his view.

“It’s disgusting the way some of them have behaved; charging dead people fees, charging fees for no service, lying to authorities… It vindicates my calls for the Royal Commission,” Senator Williams said. “Commissioner (Kenneth) Hayne said there’s a lot of wrongdoing, it’s all about profits and the corporate watchdogs have done very little when it comes to cleaning the place up. I’ve always said ASIC (the Australian Securities and Investments Commission) needed to muscle up and let’s hope they do after this.”

The interim report of the Royal Commission into Misconduct in the Banking, Superannuation and Financial Services Industry and the Royal Commission’s hearings to date make clear that some financial institutions have fallen far short of treating Australians honestly and fairly.

The last time a Royal Commission into banking was held was more than 80 years ago; an inquiry that was also strongly pushed by the then-Country Party.

The Nationals in Government are committed to taking strong action to reform the financial sector and have continued to work to better protect consumers, ensure institutions and their executives are held to account for illegal behaviour and the financial system is safe and robust, by:

Senator Williams said Labor opposed his calls for an inquiry into the banks when he started his campaign almost a decade ago, and they also pushed back when he wanted to include superannuation.

“If Labor had their way super wouldn’t have been included,” Senator Williams said. “They want to protect their mates in the Industry Superfunds, but we’ve highlighted the billons that were stolen out of super accounts. The Nationals pushed this through and we won it in the end.”

There is clearly more work to be done and the Nationals in Government look forward to receiving the Royal Commission’s final report, which is due by February 1, 2019, and acting on its recommendations.

Senator Williams has now turned his attention to problems in the franchise industry, which he said was “one hell of a mess”.