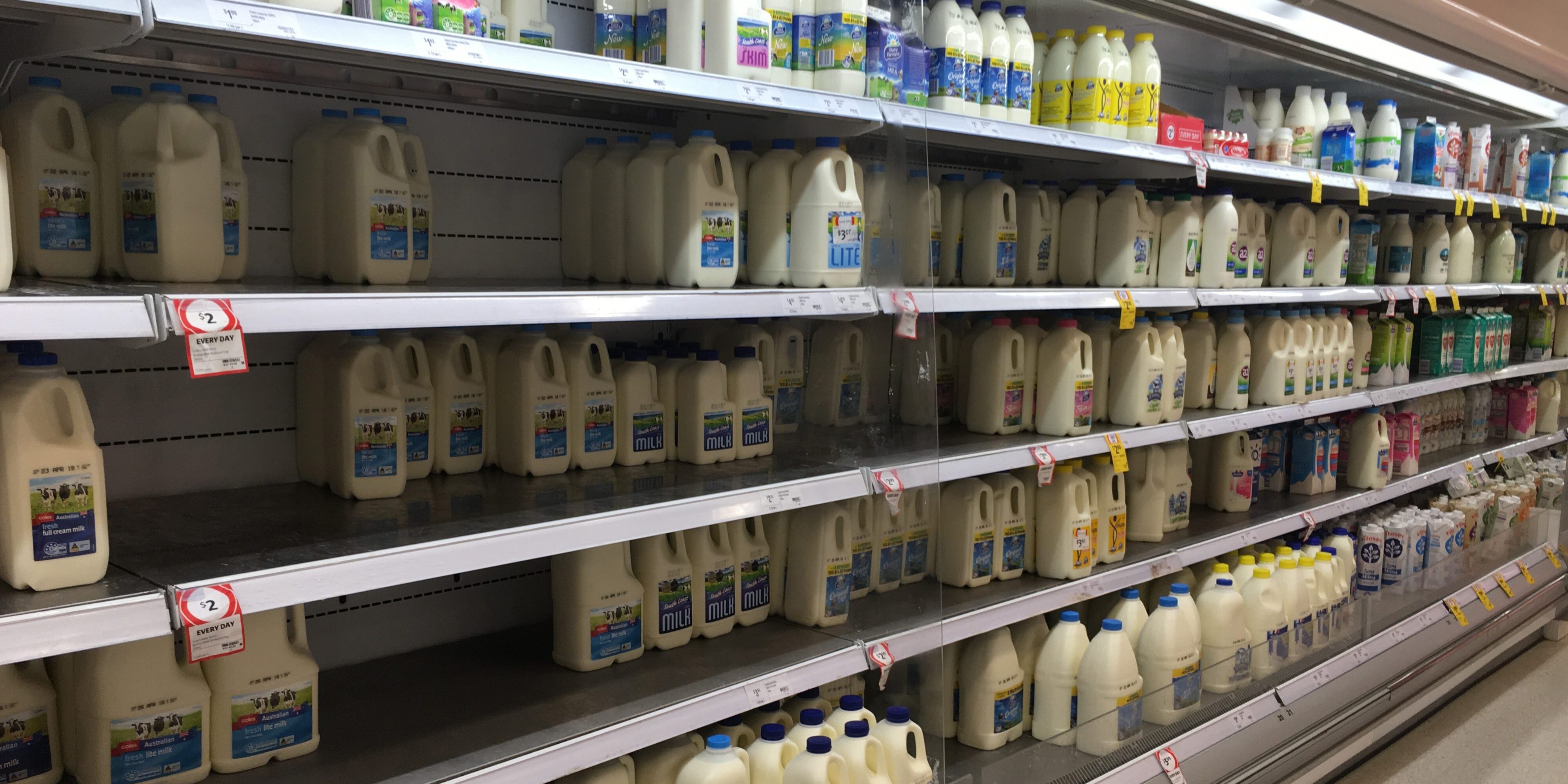 A NSW Nationals MP has asked the major supermarkets to help dairy farmers by raising the price of milk.

Member for Coffs Harbour Andrew Fraser wrote to the managing directors of Woolworths, Coles and Aldi requesting they increase the price of their home brand milks by at least 20 cents per litre and pass the increase on to the dairy farmers.

Mr Fraser said that while most dairy farms were not as severely affected by the drought due to their coastal locations, dairy farmers had to “supplementary feed” their cattle all year round.

“Dairy farmers were previously paying approximately $350 a tonne for grain delivered and approximately $300 a bale for hay delivered,” Mr Fraser said. “Due to the severe drought and laws of supply and demand, hay has now risen to $650 a bale and grain between $600 and $700 a tonne, which means dairy farming is fast becoming unsustainable. An increase of 20 cents per litre would hardly be noticed by consumers but would be a godsend to dairy farmers, not only in NSW, but right across the eastern slopes.”

The plight of dairy farmers has been in the news for the past few years, as the cost of producing a litre of milk rose higher than the $1 per litre it sold for in the major supermarkets. Mr Fraser said something had to be done to support the farmers, rather than risk the future of the industry with a marketing tactic.

“The ‘cheap’ milk syndrome is nothing more than a ‘loss leader’ utilised by major retailers to attract customers,” Mr Fraser said. “In difficult drought conditions it is my belief that it is incumbent on these major retailers to assist the dairy industry. If they don’t, many dairy farmers will be forced out of business and the cost of milk will obviously increase and if this happens, you can guarantee that these major retailers will increase the retail price, but any price increase will probably not go back to farmers and it will be too late to save the majority of dairy farms.”

Rather than use cheap milk to attract customers, Mr Fraser said there must be other ways to get shoppers in the door.

“When the price of bottled water in plastic bottles, which has a virtually zero production cost, is dearer than fresh milk, one has to wonder why these retailers cannot use bottled water as a loss leader rather than fresh milk which has a high cost of production at the farm gate,” Mr Fraser said. “I therefore reiterate my call on these retailers to increase the retail price of milk by at least 20 cents and pass this increase on to our dairy farmers.”