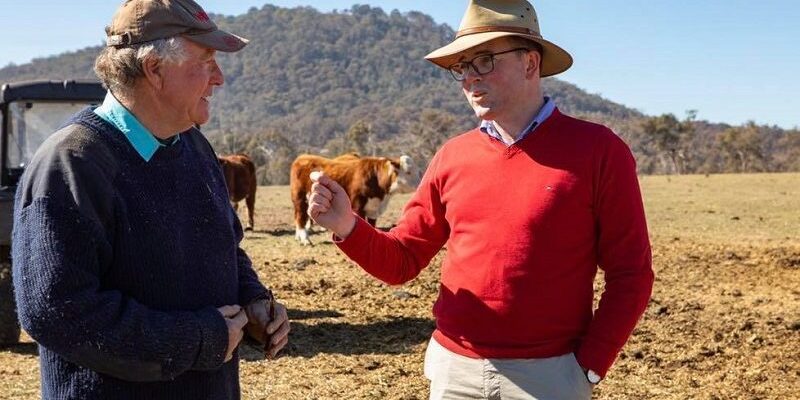 NSW Nationals Agriculture Minister Adam Marshall announced major changes to deliver fairness to farmers facing historic compliance action under the Native Vegetation Act 2003, which was repealed in 2017 after an independent review found it was delivering poor outcomes for agriculture and the environment.

Mr Marshall said no new investigations would be initiated under the old Native Vegetation Act after August 31 this year, automatic remediation orders would be wound back, and he would ensure people would not face penalties for activities that would have been legal under the Government’s new laws.

The changes were flagged at last week’s NSW Farmers’ Conference and Mr Marshall said they would come as a huge relief to farmers and put an end to the practice of locking up productive land where possible.

“It’s ridiculous that landholders have found themselves in a situation where they are being punished by a piece of legislation that we as a Government repealed two years ago,” Mr Marshall said. “The changes will come as a huge relief to farmers and are all about delivering a fairer outcome so they can focus on getting through this drought and growing food and fibre. Importantly we will be looking to avoid the practice of locking up farmers’ land through punitive remediation orders.”

Meanwhile, the Federal Nationals in Government have passed the Criminal Code Amendment (Agricultural Protection) Bill 2019 through the House of Representatives, bringing tough new penalties (including jail time) for those who incite farm invasion and harassment a step closer.

Deputy Prime Minister and Federal Nationals Leader Michael McCormack called on the 46th Parliament to side with farmers.

“The people who produce the food that feeds us have a right to feel safe in their businesses and their homes without the threat of activists’ invasions,” Mr McCormack said. “This is a serious issue in the regions, with farmers driven from their businesses out of fear. We need to protect our farmers, fishers and foresters, their families and their workers from the real and present threat of activists invading in masses, damaging property and stealing animals.”

“The Parliament needs to stand with farmers and make a statement that this behaviour is unAustralian, with serious repercussions that can deter repeated attacks.”

Combined with the NSW Nationals’ recent action on beefing up trespass penalties, the new federal laws will send a clear message to these keyboard warriors: If you use a carriage service to incite trespass against our family farmers, you will be risking serious jail time.

The Nationals are the only Party that fights for our farmers, and we have proven again and again that we will do all we can to protect them.