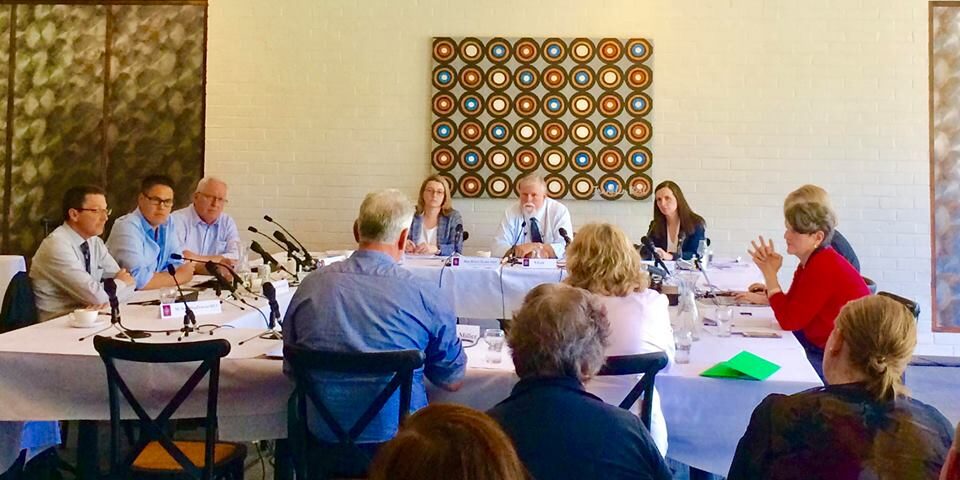 The survival of our dairy farmers is something the Nationals in Government take very seriously, with milk prices barely covering the cost of production.

Upper House Nationals MLC Wes Fang has spoken to people across the State as part of the NSW Legislative Council’s inquiry to look at the Sustainability of the Dairy Industry in New South Wales.

“It’s become clear that the dairy industry is being asked to produce and provide fresh milk to supply not only our State, but markets interstate and even for export,” Mr Fang said. “For a product that is as in-demand as our milk is, it appears many producers are being forced to sell their product for farm gate prices that barely cover the cost of production in good times and often at a loss at times of drought, when the costs of fodder, transport, high fuel costs and increasing electricity prices are not being offset with an increase in their gate price. At present, for many producers, the milk leaving their gate costs more to produce than they’re receiving for their hard work and investments.”

“How is this market so skewed against the producers, when the demand for their product is only getting greater with more and more producers reducing or ceasing operation?”

“It appears a complex mix of contracts between producers, processors, and retailers is a large contributor to the issues,” he said. “The advent of $1 per litre milk is believed by many to have created a ‘crisis’ within the industry. The buying power and vast volumes demanded by the large retailers for their self-branded milk has imposed a massive shift within the market since 2011.”

The inquiry will be looking at all the issues which may affect the sustainability and viability of the NSW dairy industry, both in the short and longer terms, with a view to providing a pathway to ensuring the next generation, and the generations after, are able to purchase fresh milk from a strong and viable NSW dairy industry.