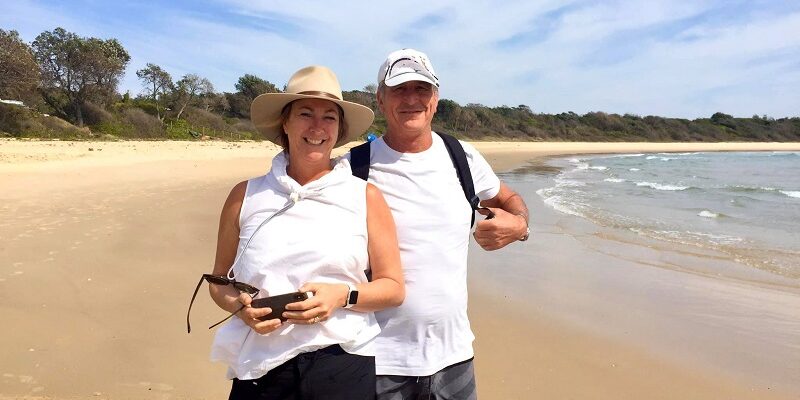 NSW Nationals Member for Oxley Melinda Pavey is walking the coastline of her electorate over five days with the twin aims of promoting her beautiful region and highlighting the importance of exercise for mental health.

Throughout the more than 100km journey, Ms Pavey was joined by Governor of New South Wales Margaret Beazley, Crown Lands Commissioner Richard Bush, and a number of well-known locals.

The trek had been on Ms Pavey’s ‘to-do’ list since being elected as the Member for Oxley in 2015 – and initially it was devised as an idea to promote the Mid North Coast region as the ideal place to visit, or even better, live.

However, since the COVID-19 outbreak, Ms Pavey said it became clear that the walk would also highlight how exercise has a positive impact on mental health – and to that end, two charities both addressing and promoting positive mental health messages, Dolly’s Dream and Baylin’s Gift, were nominated for people to donate to.

Ms Pavey covered the length of her electorate, and along the way she heard about local issues, concerns and ideas for the future.

The support and feedback from the local communities for this grassroots initiative was tremendous: “I love this region,” Ms Pavey said, “I am so proud to represent these communities. I believe in this region and I will continue to showcase my backyard as the best place to live and work, as well as making sure all the people in all our communities thrive.”