Major construction about to get underway on Coffs bypass 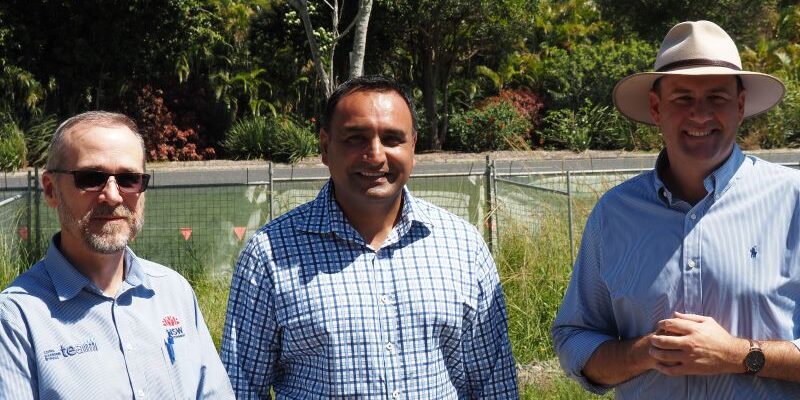 The detailed design for the Coffs Harbour bypass has been finalised, clearing the way for major construction to start in March.

The main changes to the design include refinements to the Englands Road, Coramba Road, and Korora Hill interchanges.

While there have been design updates, the overall design, including tunnels, has not changed.

The detailed design refinements have been made following extensive consultation including on the environmental impact statement and refined design in 2019, during the concept design display in September 2018, and ongoing discussions with key stakeholders since planning approval in December 2020.

There was significant collaboration between Transport for NSW and the Ferrovial Gamuda Joint Venture before these changes were finalised.

The community is now being asked to provide comments on the project’s refined design.

Feedback on the detailed design can be made until Monday, February 20, and further details can be found at
www.pacifichighway.nsw.gov.au/coffsharbourbypass

Static displays of the design will be available from January 11 at:

Nationals Minister for Regional Transport and Roads Sam Farraway said the NSW Government is securing a brighter future by building the infrastructure that matters to the Coffs Harbour community with the Coffs Harbour Bypass.

“This project is part of our Pacific Highway upgrade; once this and the M1 to Raymond Terrace projects are complete, you will be able to travel between Sydney and Brisbane, and not encounter a single traffic light,” Mr Farraway said.

“Our Pacific Highway upgrade is making daily life easier for you and your family not to mention small businesses by providing you with a quicker and safer way to get from A to B.”

State Nationals MP for Coffs Harbour Gurmesh Singh said the Coffs Harbour Bypass is the most significant infrastructure project in the community’s history and will transform the town by removing 12,000 vehicles from the CBD, making life easier for locals to get to work or drop the kids off at school.

“One of the key themes we heard during the community consultation periods was the community wanted simplified interchanges and the detailed design incorporates that feedback,” Mr Singh said.

“Nobody in Coffs likes being stuck at traffic lights- especially during the holiday period – and this project removes 12 of them saving 12 minutes off your trip and eases congestion through town.”