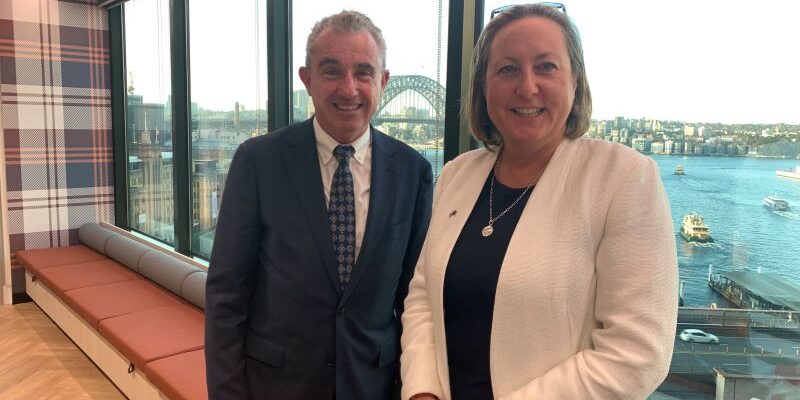 Shadow Minister for Trade, Investment and Tourism Kevin Hogan is calling on the Labor Government to publicly rebuke the CFMEU for its comments on Australia’s free trade agreement with the U.K.

The CFMEU has told the Joint Standing Committee on Treaties that the agreement should be scrapped.

“Australia’s FTA with the UK is a job-creating FTA,” Mr Hogan said.

“One in five jobs in Australia is trade related so boosting Australian trade with the UK and other nations is in the interests of jobs in this country.

“The agreement will make Australian exports to the UK cheaper, create new opportunities for workers, young people, and businesses.”

Mr Hogan said by the end of the year exporters can benefit from the immediate elimination of tariffs on over 99% of Australian goods exported to the UK – goods valued at around $9.2 billion.

“Australian businesses will have the guaranteed right to bid for a greater variety of UK government contracts in a procurement market worth an estimated half-a-trillion dollars annually,” Mt Hogan said.

“Australia’s FTA with the UK is the most comprehensive and ambitious free trade agreement that Australia has other than with New Zealand.”

Mr Hogan reiterated his concerns that the government was not moving fast enough to get the FTA with the UK into force this year.

“The Government has until 30 November 2022 – only 5 weeks away – to complete the treaty process including passage of any domestic regulation to bring it into force this year.

“There is too much benefit waiting to flow to exporters, particularly our farmers, to miss the deadline for 2022.

“I urge the Trade Minister and the Prime Minister to stay strong against union bullying on Australia’s trade agenda and focus on delivering the FTA with the UK as well as India and the EU in Australia’s broad interests.”