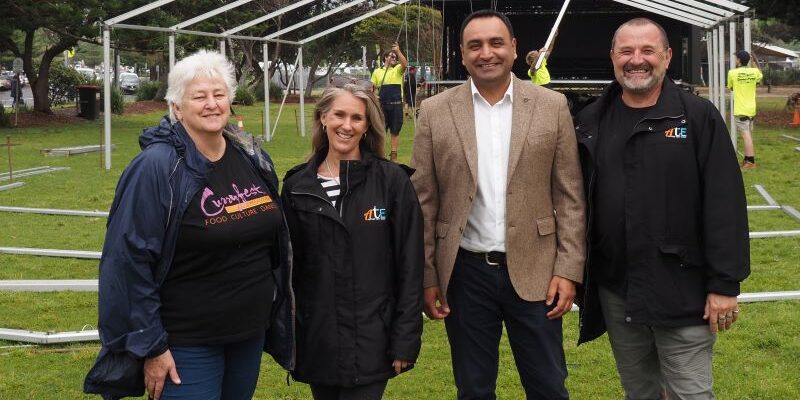 Coffs Coast cricket fans and sport lovers can experience the buzz and excitement of the ICC Men’s T20 World Cup when the Regional Roadshow launches at Woolgoolga’s Curryfest tomorrow.

The Regional Roadshow will tour 11 regional locations over the next month in the lead up to the opening Super 12 game between Australia and New Zealand at the Sydney Cricket Ground.

“The Regional Roadshow brings the excitement of the biggest global sporting event in Australia in 2022 to the Coffs Coast community,” Mr Singh said.

“Featuring a range of interactive activities and displays, including a virtual reality experience of hitting a six at the SCG, attendees will also have the chance to win a number of ICC Men’s T20 World Cup prizes.

“What better place to launch the Regional Roadshow and celebrate the cultures and nations making up the tournament than right here at Curryfest in Woolgoolga.”

The Regional Roadshow is an example of the benefits of the NSW Government’s 10 World Cups in 10 Years initiative.

More information on the T20 World Cup can be found at www.t20worldcup.com