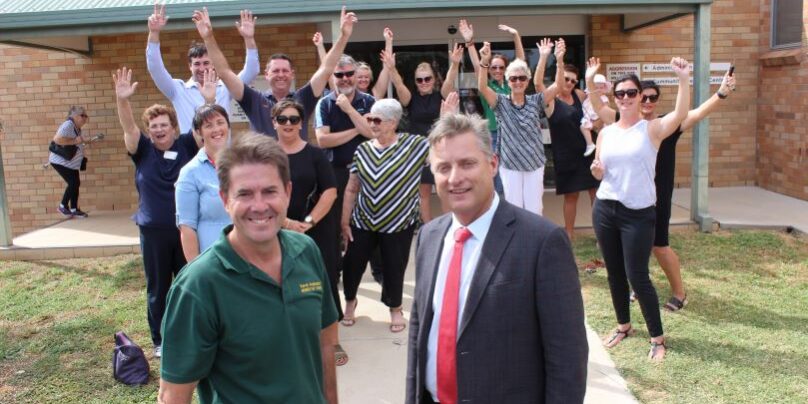 As the date nears for the release of the concept design, the project team will be back on the ground in Gunnedah meeting staff to commence developing the schematic designs.

Nationals Member for Tamworth Kevin Anderson thanked the team for coming back to Gunnedah to work with local health professionals including the auxiliary, PRAMS, and Aboriginal health groups.

“The project team for the Gunnedah Hospital redevelopment have been hard at work getting ready to take their plans to the local community,” Mr Anderson said.

“This next round of consultation with staff works runs parallel with planned community consultation in the coming weeks and ensures that this project stays on track for delivery as quickly as possible.

“Consultation with staff is critical to this project as those working in the current hospital know what their community needs when it comes to health infrastructure.”

Mr Anderson said the release of the concept design at the end of the month will give the local community its first look at artist’s impressions of what their hospital will look like. Pop up consultation sessions are planned once the concept design is released as well as sessions with Gunnedah Shire Council and key stakeholders.

“There will also be a mail-out survey delivered to over 5,000 local letterboxes to ensure everyone has an opportunity to provide feedback,” Mr Anderson said.

“We’re getting on with the job of building a new hospital for Gunnedah and I look forward to providing the community with further details on upcoming consultation sessions as soon as they are available.”