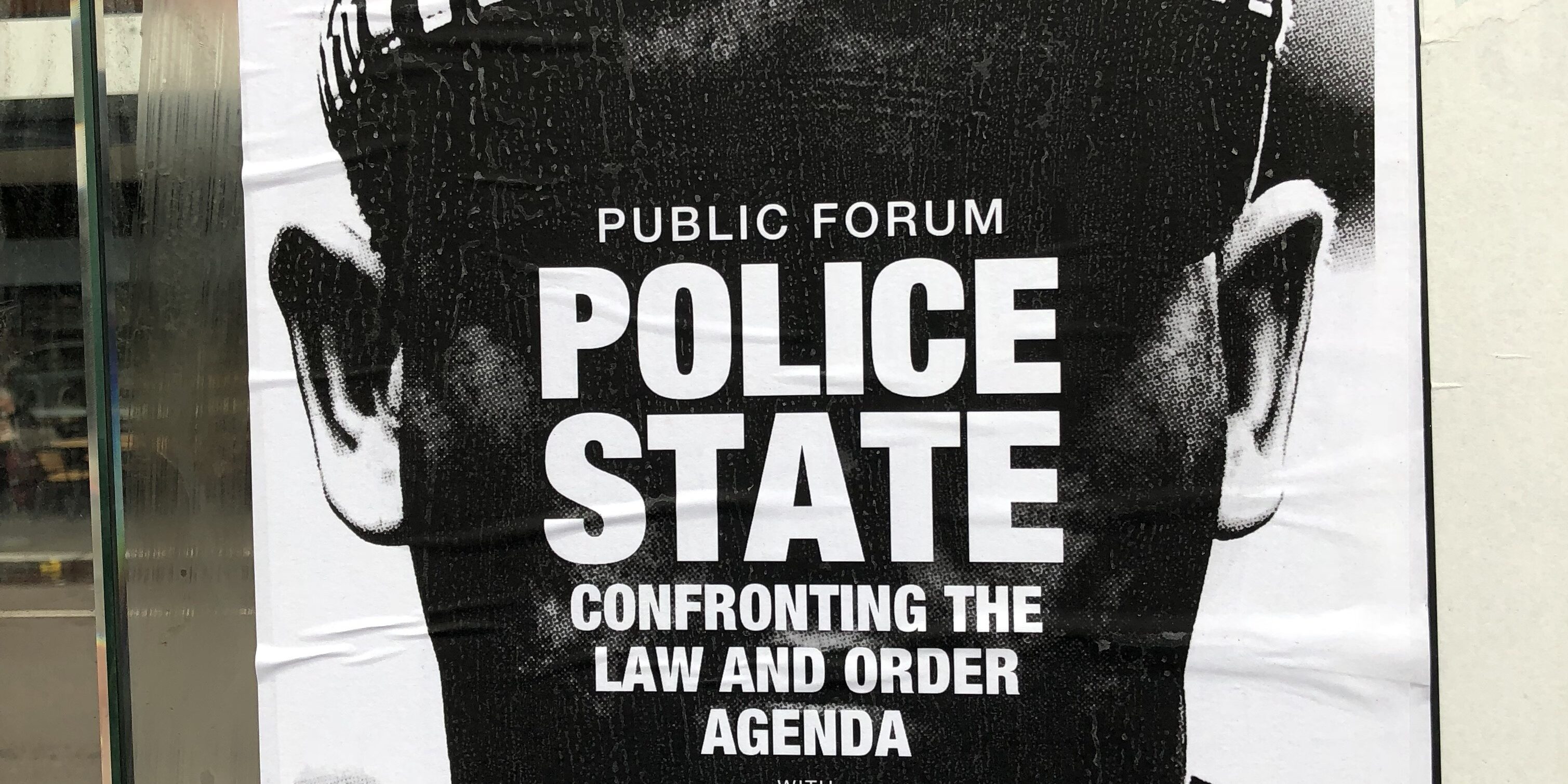 A Greens MP has spoken at an anti-police event organised by a group that wants to overthrow the government.

David Shoebridge appeared in front of a packed room at the “Police State – Confronting the law and order agenda” forum, which heard about “ever-expanding police powers”, “attacks on protesters” and “the erosion of our rights”.

The event was hosted by Socialist Alternative Sydney, an organisation that publishes the hard-left Red Flag newspaper, which promotes itself as aiming to “convince [people] that the revolutionary overthrow of capitalism is the solution to the problems of society.”

It’s yet another sign that the Greens are out of touch with ordinary Australians, who thank our police – not criticise them – for doing a tough job. Instead of actually working toward a better future, these socialists would rather tear down everything that makes Australia a great place to live and replace it with a communist nightmare.

There appears to be a concerted effort from those on the left to paint Cold War socialism as anything but what it really was: A period of human misery unmatched in history.

These people are attempting to whitewash history and if they cannot win hearts and minds, they are clearly willing to seize power by any means necessary. We cannot allow the mindless spread of radical left politics and the risk of a return to the bad old days of communism.