Gillespie speaks out for veterans 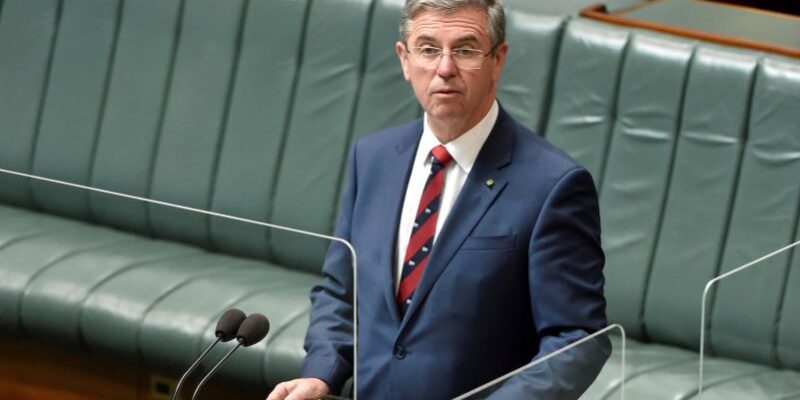 Federal Nationals Member for Lyne Dr David Gillespie has called on the Minister for Veterans Affairs to review the Albanese Government’s decision to withdraw funding from the Mid North Coast Veteran Wellbeing initiative.

“In my electorate I have about 3,000 veterans. That is a big slice of veterans in the North Coast, “ Dr Gillespie told Parliament.

“A lot of these veterans have been helped by various organisations, including the Mid North Coast Veteran Wellbeing initiative. They had worked up a proposal whereby 11 different organisations were going to be recipients of a $5 million grant that came through in the last budget to support the development of unified housing—a wellbeing unit—covering those areas.

“There are a lot of people who are very disappointed to hear that that money has been withdrawn by this government and has gone elsewhere. I call on the minister to review this decision quite urgently because a lot of hard work and a lot of expectation has been built up for our worthy veterans across the board and it will be money well spent.”

Dr Gillespie also spoke in support of the Defence, Veterans’ and Families’ Acute Support Package Bill 2022, currently before the Parliament.

“This unified package extends eligibility to family members of working-age veterans who are at risk or are in a situation of crisis, including, most importantly, removing the requirement for warlike service for veterans. You can have a lot of horrible things happen to you when you’re serving your country without being in warlike service, because there are plenty of major incidents and events that have the threat of the end of your life, severe harm, damage, post-traumatic stress disorder et cetera.

“There’s also expanded flexibility in choosing the services to match each veteran’s individual needs. These extended supports and terms of income for the families, the partners, the ex-partners and the children are exempt from income or social security determinations, which is a great improvement. The quantity of support is quite considerable, but there are just a few things about the quality of it. There are many existing veterans who will benefit from this pretty much straight away—there’s about 120 of them—but there are also, unfortunately, 430 families who have lost their father or their mother and 450 widows or widowers who will get benefit from this.

“We support this because it’s good policy and it’s good practice to support the veterans’ need, but I do note that it’s almost identical in scope to the Veterans’ Affairs Legislation Amendment (Enhanced Family Support) Bill, introduced by us in March 2022, which was due to come into effect on 1 July. The best form of flattery, I suppose, is to have your legislation copied and value added. But it is really important that our veterans know that this House is united in support of them and their families and their partners. That’s the most important thing.

“This initiative in itself will support at-risk veterans with a range of services—really important things like child care, household assistance, help with financial planning, mental health support and tutoring support for children. The financial amounts, according to the minister, are up to about $12,500 over two years for a family, but access to extra support is there, too, to the tune of $10,000 year for children under school age and $5,000 a year for primary school age children until they reach high school. This also gives quite a significant support for widowed partners who can access these support services to the tune of $27,835 for all those household duties that have to be carried out. When you are grieving, when you’ve lost a partner, you need that sort of practical support.”