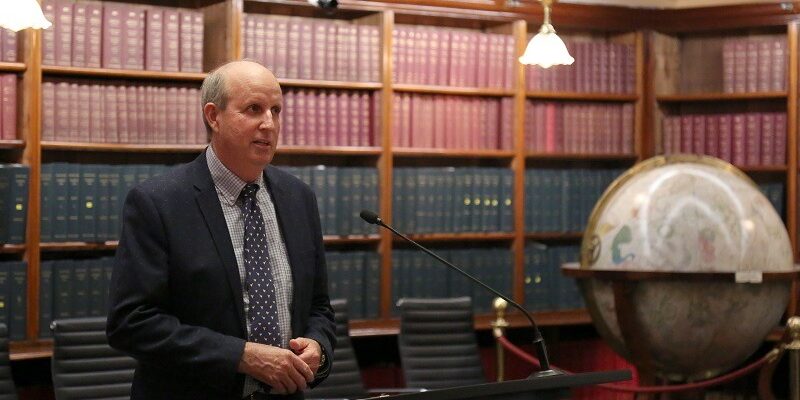 Former NSW Nationals Chairman Bede Burke was named a Member of the Order of Australia in this year’s Queens Birthday Honours, for his significant service to the egg production industry, and to the community of Tamworth.

Mr Burke served as Chairman of the NSW Nationals for five years from 2014 – 2019, and played a pivotal role in the Party’s returns to Government at last year’s State and Federal elections.

Outside of his work with The Nationals, Mr Burke runs a successful agricultural business near Tamworth with his wife, Narelle. Everyone who knows the family has, at one time or another, been given a tour of the successful grain and livestock farming business, which includes laying hens and pullet rearing as well as ewes and breeding cattle.

The farm not only produces most of its own feed requirements with an on-farm feed mill but has an extensive on-farm compost system as part of the fertiliser program for grain production, and in 2009, Bede and Narelle were awarded the Brownhill Cup for Sustainable Farming, while the couple were also finalists in the same year for the NSW Farmer of the Year awards.

Mr Burke has always been involved in numerous industry and community projects, serving as Chairman of the NSW Farmers Egg Committee and Chairman of Tamworth Rural, an unlisted public rural merchandising company. He was a Deputy Captain of the Tamworth branch of the NSW Rural Fire Service and is a proud and active promoter of the egg industry, elected to the Board of Australian Eggs in 2016.

Upon his retirement as Chairman at last year’s Annual General Conference, Mr Burke said: “We need to focus on what it is that matters to regular people, and more often than not it’s closely related to the classic Australian goals of having a good job, having a good family, living in a good community, and growing old comfortably with friends and family around you.”

“The big issues like water and roads and trade, they’re all very important. But we must remember that they’re important because they affect our communities.”

Congratulations on a well-deserved honour from everyone at NSW Nationals!