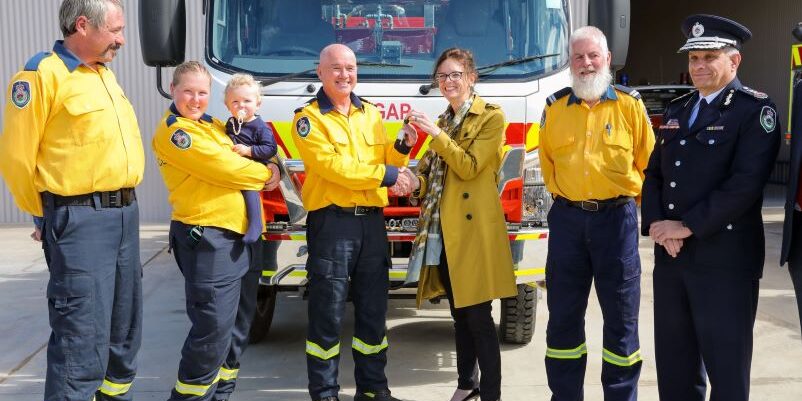 The new facility, in the Cowra Airport Precinct, includes an office for Area Command staff, a warehouse to securely store essential equipment, an air base, and the Waugoola Rural Fire Brigade Station.

“The NSW Government is continuing to invest in state-of-the-art facilities like this one here in Cowra to better equip our emergency services personnel for their vital work to protect our communities,” Ms Cooke said.

“The RFS members who operate from these facilities are valued members of their communities. They are local people making local decisions to protect life and property year round.”

Commissioner Rogers said the Area Command Centre would accommodate staff supporting almost 450 volunteer brigades across the RFS Western Area Command, which stretches from Lithgow to Wilcannia and Harden to Brewarrina, and covers more than 65 per cent of NSW.

“The airbase will provide us with enhanced capability for deploying aircraft as needed during emergencies across the west of the state,” Commissioner Rogers said.

“This excellent new multipurpose facilities and equipment are greatly welcomed by the local staff, volunteers and the communities they serve.”