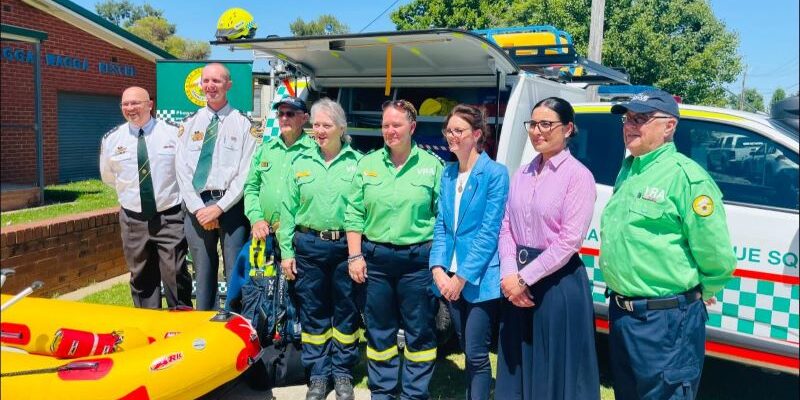 The Volunteer Rescue Association of NSW will soon have access to seamless communications coverage across the state thanks to a $4.7 million investment by the NSW Nationals in the state government.

Nationals Minister for Emergency Services and Resilience and Minister for Flood Recovery Steph Cooke said the funding injection will overhaul the VRA’s radio network to bring it into line with the other emergency services.

“This multi-million dollar boost will give our VRA volunteers access to a consistent and reliable radio network which is compatible with other agencies and guarantees their ability to communicate anywhere in NSW,” Ms Cooke said.

“The VRA is the only agency in the state solely dedicated to rescue and its volunteers and staff have done an incredible job, particularly over the past 12 months supporting flood operations.

“The independent Flood Inquiry highlighted ways we can enhance our emergency response and the NSW Liberal National Government will continue to ensure first responders have the resources they need to keep regional, rural and remote communities safer and stronger.”

The funding will provide for 421 new radios and equip 100 vehicles with Vehicle as a Node technology.

The Vehicle as a Node capability integrates radio, mobile phone and satellite networks to provide a communication system that is resistant to ‘blackspots,’ which often occur when natural disasters impact infrastructure.

VRA Acting Commissioner Andrew Luke said the upgrade will also give volunteers access to a duress button that is centrally monitored.

“At the press of a button our members can request urgent assistance if they are in danger, enabling an immediate response,” Acting Commissioner Luke said.

“Being able to send and receive life-saving communications in all conditions is vital to the safety of everyone, including our 1,218 members.”

Nationals’ candidate for Wagga Wagga, Andrianna Benjamin, said the multi-million dollar boost will give our VRA volunteers consistent and reliable radio network which is compatible with other agencies and guarantees their ability to communicate anywhere in NSW.

“The VRA do such an incredible job across our Wagga Wagga electorate. It was an absolute pleasure joining them all to mark such a fantastic achievement that they have worked so hard on for the past 2 years,” Ms Benjamin said.