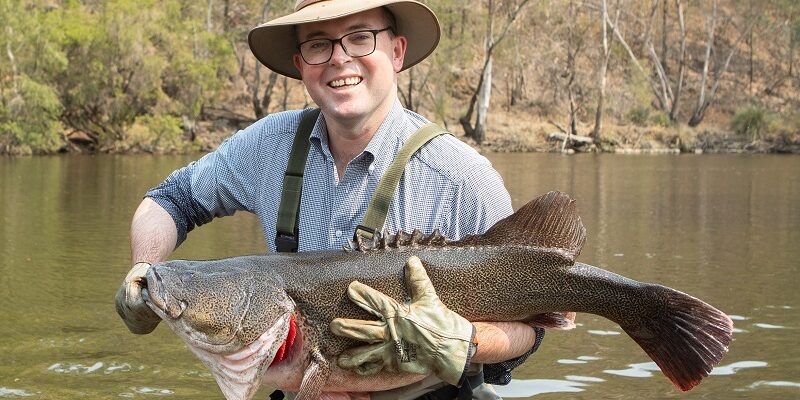 Fishers’ festivities will kick off tomorrow with the opening of the Murray Cod fishing season.

Nationals Minister for Agriculture Adam Marshall said the opening of the season follows the annual three-month breeding closure as well as a record number of recent Murray Cod stockings, which bolstered populations in NSW lakes and rivers after years of drought.

“The Murray Cod is Australia’s largest freshwater fish and an icon of our inland waterways, so many anglers are excited for a Summer of fishing,” Mr Marshall said.

“Recent inflows following quality rain across most of NSW means inland impoundments and river systems will provide great cod fishing this Summer when many anglers are expected to wet a line.

“Last year, more than half a million Murray Cod were stocked to more than 80 locations across the state from the NSW Government’s hatchery at Narrandera, thanks to support from the $10 million Native Fish Drought Strategy.

“This investment is also reaping rewards ahead of this year’s season with record numbers of juvenile Murray Cod in the hatchery pointing to a bumper year.”

As the Murray Cod season opens, Mr Marshall reminded anglers to adhere to the legal bag and size limits along with other fishing rules that apply.

“Now that the season is opening again, we’re asking all fishers to continue doing the right thing to ensure we protect, conserve, and improve our fisheries resources.”

Fishing rules, including a daily bag limit of two Murray Cod per person, are available on the NSW Department of Primary Industries (DPI) website – https://www.dpi.nsw.gov.au

The NSW Recreational Fishing Freshwater Fishing Guide is available from the NSW DPI website and offices, and most places where recreational fishing licenses are sold.

Anyone with information on suspected illegal fishing activity is urged to call the Fishers Watch phone line on 1800 043 536 or make a report online on the NSW DPI website.